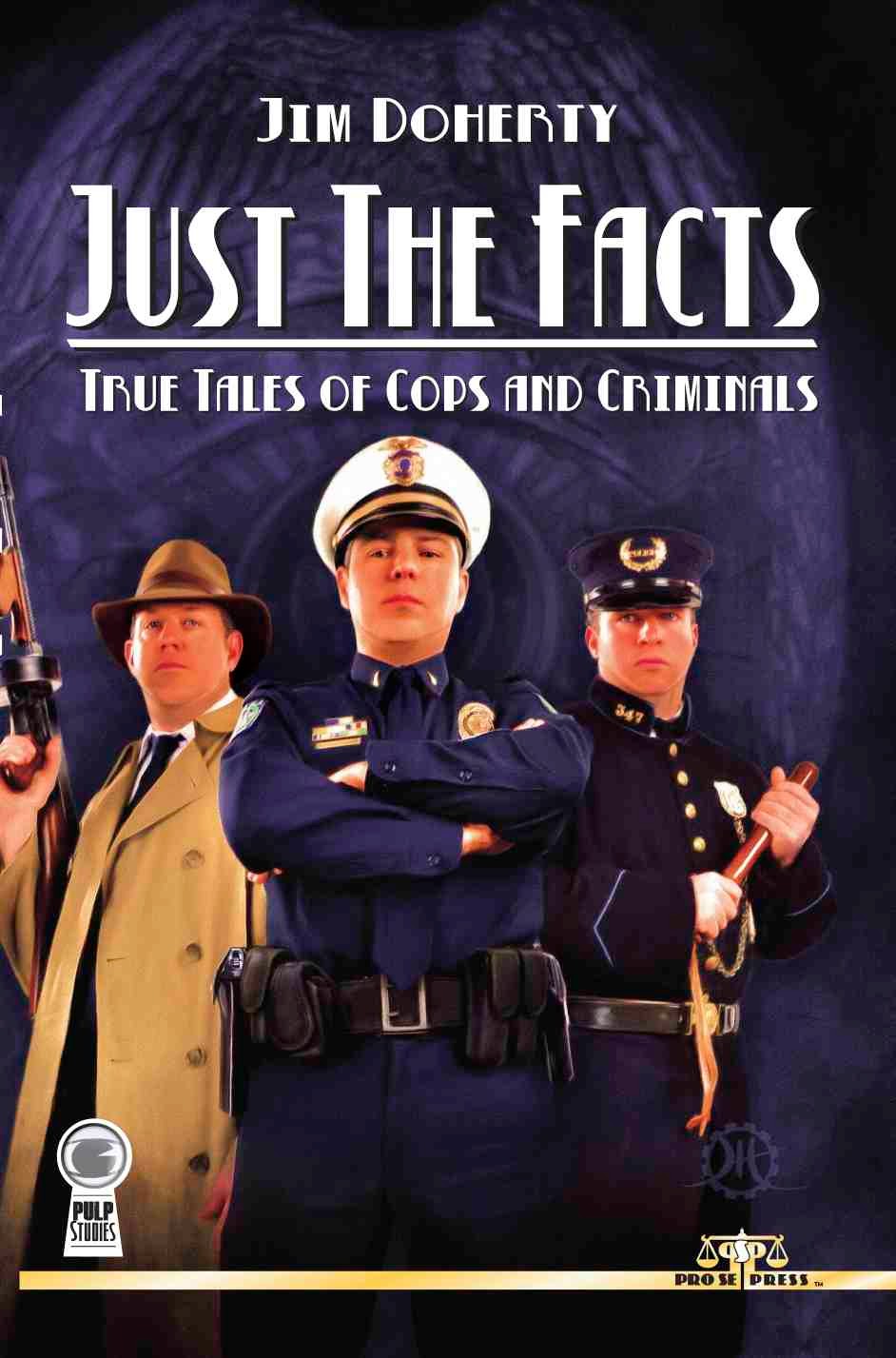 Pro Se Productions, a cutting edge Publisher of Genre Fiction known for innovation in its field, announced the debut of a new imprint late last year focused on nonfiction works. PULPSTUDIES is a line that will feature books focused either on academic and/or historical studies of New Pulp Fiction and on subjects that would be of interest to New Pulp and Genre Fiction fans and creators. Today, Pro Se Productions proudly debuted the first PULPSTUDIES volume. JUST THE FACTS: TRUE TALES OF COPS AND CRIMINALS by career officer and author Jim Doherty.

“This book,” says Tommy Hancock, Partner in and Editor in Chief of Pro Se Productions, “is amazing. Jim Doherty brings stories of the good and bad guys of crime to life with a style that lets you know not only is he a law enforcement professional, but he’s also a fan of the history itself. Real life figures, both those everyone probably recognizes and so many that most of us have never heard of, don’t just leap off the page. They shoot, drive, roll, tumble, and fight their way from Jim’s wonderfully handled prose into a sort of new reality all their own for the reader.”

Fiction is filled with fantastic crime fighters, people who put on the badge and solve every mystery and put every criminal where they belong. But those same sort of people have always existed beyond the page. Real life lawmen who went above and beyond in the pursuit of justice and the law. Jim Doherty, “Just The Facts” Columnist for Mystery Readers Journal and a third generation policeman, tells the stories of law enforcement legends and the people who stood on the other side in JUST THE FACTS: TRUE TALES OF COPS AND CRIMINALS.

Bill Tilghman, legendary Oklahoma lawman and town-tamer from the Territorial era to the Roaring Twenties. Richard Crafts, an airline pilot who killed his stewardess wife and fed her frozen body into a rented woodchipper. Hawaiian Policeman Chang Apana, the real Chinese-American detective who inspired Earl Derr Biggers to create Charlie Chan. Their stories and many more are brought to life in this new edition of JUST THE FACTS: TRUE TALES OF COPS AND CRIMINALS, featuring articles new to the collection as well as three exclusive to this edition.

“Jim Doherty combines the cool eye of a law enforcement professional (which he is) with the fiery enthusiasm of a fan (which he also is) in a superb collection of essays detailing the true-crime back-stories of some of mystery fiction’s greatest yarns. These crisp, no-nonsense accounts are hypnotically readable, and the Eliot Ness chapter alone is worth the price of admission.”

—Max Allan Collins, author of Road To Perdition
“This is a well researched, addictive collection of true case studies, some sensational, others little known, all intensely interesting. And one, ‘The Mad Doctor and The Untouchable,’ will no doubt become a terrific movie.” —Joseph Wambaugh


Currently a sergeant in the police force of a national railroad, third-generation cop Jim Doherty has served American law enforcement at the local, state, and federal levels, policing a wide variety of jurisdictions, from university campuses to military bases, from inner city streets to suburban parks, and has, at one time or another, worked in a dozen different states for seven different police agencies. He has walked foot beats, made undercover drug buys, been assigned to a special task force tracking down a serial sex criminal, and guarded presidents and royalty. Due to his wide background in police work (being a lifelong fan of the comic strip) , Jim is the current police technical advisor for DICK TRACY.

JUST THE FACTS: TRUE TALES OF COPS AND CRIMINALS features a wonderfully rendered cover by artist Jeff Hayes, also a career policeman, and print formatting and cover design by Percival Constantine. This first PULPSTUDIES volume is available on Amazon and at Pro Se’s own store at http://tinyurl.com/kbe2srs for $18.00. It will be available at Amazon, Barnes and Noble and Smashwords in digital format soon.

The next volume in the PULPSTUDIES line will be WHERE STORIES DWELL, a collection of essays by Author I. A. Watson. The PULPSTUDIES logo was created by Sean E. Ali.

For interviews with the author or more information on this title, contact Morgan Minor, Pro Se’s Director of Corporate Operations, at directorofcorporateoperations@prose-press.com.

For more information on Pro Se Productions, go to www.prose-press.com. Like Pro Se on Facebook at www.facebook.com/ProSeProductions.
Posted by Unknown at 5/02/2014 11:00:00 AM