Something to Say -- Writers on Theme

You can't tell any kind of a story without having some kind of a theme, something to say between the lines. -- Robert Wise

Obviously we're talking about theme this week. So let's get to it.

Looking over your body of work, does a cohesive theme seem to be present in it? If so what is it?

Stephanie Osborn: I don't know that there is a cohesive theme in my work. I don't set out to put a message in, but to write a good story. There are some books/series that do have loose overarching themes, but in general I guess my thought is that "There is always more going on than meets the eye," or, said a different way, "Things always work out the way they're supposed to."

Rebekah McAuliffe: As I've been looking back at Gears, and even now while I'm writing ALPHA, there's always been this theme of acceptance and sticking up for "the least of these," no matter the cost. This issue is very close to my heart, not only as a woman of faith ("Whatsoever you do for the least of these, you do for me"), but as someone who has witnessed poverty, and the hardships that many people go through, and the crap that they get from other groups of people.

Logan Masterson: I consider theme to be pretty damned important, and I pay it a lot of mind. Sometimes, when I begin a new story, I'm not sure quite what the theme will be. More often, it makes itself known early on in the process. My favorite themes are all very human. Justice, freedom, love, despair. And I do tend toward the darker side of things.

Percival Constantine: I don't think there's really a cohesive theme in my entire body of work. Redemption seems to occur a bit, though. So does escaping the past.

Bill Craig: Sometimes the stories determine the theme, sometimes the theme emerges with the writing of the story.

H. David Blalock: My last series (The Angelkiller Triad) appears to have been the most blatant example, although I can now see it through much of my past work as well. I have to admit, then, there is a great deal of truth in the adage that a writer puts him or herself in their work, whether by attitude or inference. I would like to think that stubbornness and courage my characters show in the face of adversity is a reflection of my own worldview even if I would doubt my own courage in their circumstances.

Rose Streif: The most obvious theme is that of being an outsider, often in a hostile world.  The outsider status is often bestowed by birth or by fate, and it is up to that character (or those characters) to survive when their very existence unnerves or even causes a violent reaction in those around them. It is also up to them to (somewhat paraphrasing Nietzsche) not become monsters themselves, however monstrous they may feel, or however monstrous the world perceives them to be.

Desmond Reddick: There are a few that crop up. Coping with legacy is a big one, and so is kicking against the pricks, usually apocalyptic circumstances in that aspect.

Do you write with a theme in mind, or do you just have a worldview that writes itself into your work through you? Or do work hard to keep anything that "meta" out of your work? How so? 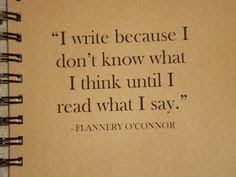 Stephanie Osborn: I'm a licensed Christian minister, so I do have a worldview that I try to ensure that the good guys don't violate, or at least realize as a mistake when they do. Bad guys by definition are gonna violate that, and I'm not going to pull punches in my writing to soft-pedal that. Drama is all about conflict, and the conflict between good and evil is about is dramatic as it gets. But the story always comes first.

Of all the books, I think my Displaced Detective series comes closest to "writing with a theme in mind," but that theme is one of parallelism. The books come from the concept of multiple universes, and if I am actively writing about these alternate realities, as I did in the first 4 books in the series, I keep in mind that concept of parallelism -- as for instance Skye Chadwick is her universe's Sherlock Holmes, etc.

Rebekah McAuliffe: Sometimes I may start with a theme, but then as I write the story, the theme will shift on its own. For instance, Gears of Golgotha was originally meant to be a commentary on the science vs. religion debate (get it? science (Chemists) and religion (Mages?)). That was even where the name came from: Gears for science, Golgotha for religion. But then as I kept writing, it evolved into something greater.

Logan Masterson: Themes can become too heavy, but I find that focusing on the characters and plot when actually laying down the words keeps me from getting preachy. I hope that's true, anyway.

Percival Constantine: I don't write with a theme in mind. I focus on the characters and the story and through that, a theme will kind of develop by the time I'm done with the first draft.

Bill Craig: I deal with certain themes in different series because I seem them as real world problems that need to be kept in front of the public eye, human trafficking being one. I dealt with it in the Jack Riley title the Child Stealers, dealt with it again in Decker P.I. A cold and Lonely Death, And in Marlow: Mango Run, and touched on it slightly in Chandler: Circle City Shakedown.

H. David Blalock: Looking back at my work over the years, there does seem to be something of a theme. I would call it "Resist the inevitable". Refuse to give in, no matter the odds. Stand up for yourself and others even when it seems futile. I can't say I've used this theme deliberately. It does seem, however, to be the driving force.

Rose Streif: I do write with themes in the back of my mind, and inevitably my worldview and interests are going to color what I write.  I try to blend them in as seamlessly as possible, and I try to be understanding when people just don't "get it".  Sometimes subtlety works against you, and you always run the risk of running into that person who is so wrapped up in their own worldview that they can't possibly see yours, even when they think they do.

John Morgan Neal: I don't have a conscious theme. Mostly my stuff is born from the stuff 12-year-old John Neal really liked and wanted to see more of.

Desmond Reddick: No, absolutely not. The themes are common, but they spring up on their own.

When writing, have you ever had so strong a sense of theme occur in the work that you felt it overpowered the story? How did you remedy that? 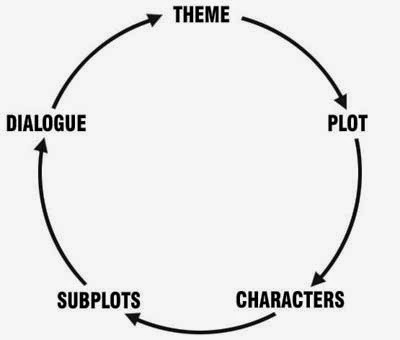 Stephanie Osborn: No, never have had that happen. Like I said, the Displaced Detective series has the strongest ongoing theme of any of my books, and I think the parallelism theme only makes the whole thing stronger, personally. I think that you have to be so involved with theme that you become fixated on it, for it to become overpowering of the story. And if that's the case, you need to back off and lay down the theme and gain some fresh perspective before you try to write on it again.

Rebekah McAuliffe: The original ending to Gears. I'll admit, that first ending was complete s**t. I edited it, and the new rereleased version will have the new and improved ending.

Logan L. Masterson: As an author of genre fiction, I never want theme to be the focus of the readers' experience. I want them wrapped up in thrilling events and captivating people. A good theme is like air, ephemeral and ubiquitous.

Percival Constantine: Yeah, but it wasn't when I was writing the story, it was after I had finished it. Years after, in fact, I felt that I was far too heavy-handed with the theme of my first book. After that, I decided I'd focus more on the story and the characters and worry less about the theme in future works.

Rose Streif: I maintain an awareness at all times, and I try not to let the theme take over the story, to preach and pander, because that yanks the reader out of the flow of things and puts them at the mercy of a person on a soapbox.  We get enough of that in real life.  In any case, if you want to get a point across, it's best to put the reader in the shoes of a sympathetic character and show them by example what it is to live that character's life.