With any kind of writing technique, I prefer the one that interferes
with the story the least, and draws a little attention to the writer
as possible to pull readers out of the adventure itself. 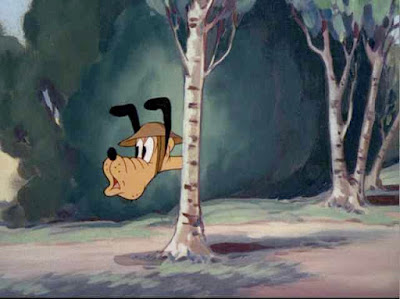 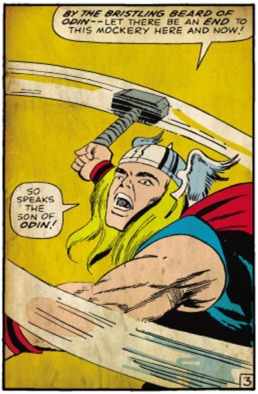 A particuilar pet peeve of mine is bad Thorspeak. People often tangle their ‘ye’s and ‘thee’s and suchlike. So here’s the guide:

e.g:
“Thou art cowardly. I shall defeat thee.”
“Ye asked for it. You must receive it.”


This distinction has been lost in modern English, which means that the King James Bible actually offers some nuances that modern English translations miss, such as:

“If I have told you earthly things, and ye believe not, how shall ye believe, if I tell you of heavenly things?” (John 3.12)


This is actually important sometimes in conveying meaning, as with John 3.7, “You should not be surprised at my saying, ‘You must be born again.’” where modern English has no distinguishing word to denote that the original language signified that Jesus was speaking ‘“you’ in the plural sense each time.

With ‘thy’ and ‘thine’ (= ‘your’), use ‘thy’ as the subject and ‘thine’ with the object for the second person singular, e.g. “Thy horse is lame. The fault is thine.” It’s the second person equivalent of ‘me’ and ‘mine’ or ‘him’ and ‘his’. The exception is when the following word begins with a vowel, when ‘thine’ should always be used; e.g. “Watch thy shield guard. Hold up thine arm more.”

The plurals are the same as the modern forms: “Your horses are lame. The fault is yours.”

With ‘-est’ and ‘-eth’ suffixes, any word that ends in ‘-est’ is second person singular, e.g. “Thou hopest for it. Ye all hope for it.” Any word ending in ‘-eth’ is third person singular, e.g. “He hopest for it. You all hope for it.” Simple short words can drop the ‘e’ from either suffix, as in “I do, thou dost (doest), he doth (doeth)” and can sometimes contract the root word also, as in “I have, thou hast (havest), he hath (haveth).” These contractions do not have apostrophes in them.

Note that the plural never has those suffixes. The modern usage was the same for them even in medieval-speak. It was always “We have”, never “We hast”.

As for ‘ye’ as in “Ye old castle,” that is a different word entirely from the ‘ye’ meaning ‘you’ mentioned above. It is a remnant from the archaic letter thorn – þ – which was replaced in Middle English with the digraph ‘th’. So the original spelling of ‘the’ was ‘þe’, pronounced as best we can tell somewhere between “ye” and “the”; hence the antique use of ‘ye’ as an alternative spelling for ‘the’ when it is the definite article. So technically you could say “Ye failed to go to ye old castle” and be using two different words both spelled ‘ye’ in the same sentence.

Hope that cleared it all up.

I.A. Watson has just received the Pulp Ark Award for Best Author 2016. His most recent work appears in SHERLOCK HOLMES: CONSULTING DETECTIVE volume 8, currently shortlisted for Best Short Story in the Pulp Factory Awards and in the Pulp Ark Best Anthology winner LEGENDS OF NEW PULP FICTION. His new novels, HOLMES AND HOUDINI and LABOURS OF HERCULES are both due out in the next three months. A full list of his publications is available at http://www.chillwater.org.uk/writing/iawatsonhome.htm
Posted by seanhtaylor at 5/24/2016 11:00:00 AM No comments:

What do you do when don't feel like writing? How do you make yourself write? 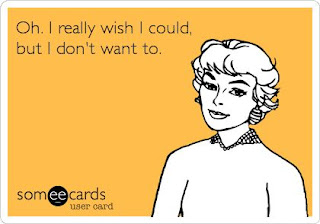 I know this isn't the answer most new writers want to hear, but most of the time if I don't feel like writing then I simply don't write. Forcing the muse, so to speak, at least for me, can do more harm than good. Chances are, if I really, really don't feel up to writing, I'm not going to like what I've written.

Now, on the flip side of that, there are times when I simply don't have the luxury of not writing. Deadlines could be pressing. I might need to get some key story segments out of the way before a busy week at work, or a pending vacation (yeah, what are those again?). Regardless, I just might not have time to spend away from the story. In those times, I really have to trick my brain into tapping into the subconscious part of writing.

I can sometimes do that by using a writing prompt, or by reading a short story, or perhaps even by skipping ahead to a part I feel more in tune with (and then once my brain is lost in writing again, coming back to the sticky part).

However, this doesn't always work, and quite often I simply have to trudge through the stuff I simply don't feel like doing. It doesn't make for the most inspired fiction, but it does make fiction take shape. And sometimes that's the best you can get, and all that you need in that moment.
Posted by seanhtaylor at 5/23/2016 11:00:00 AM No comments:

“We have,” states Tommy Hancock, Partner in and Editor in Chief of Pro Se Productions, “a strong line up of novels, digest novels, and anthologies rolling out this year, and actually well into 2017 and perhaps even further into the calendar. That, combined with the in process relaunch of the Pro Se Single Shot Signature Series later this month and into June, might seem like we’ve got enough to do. And, in a way we do, but we also have a duty to keep producing what our readers want and also to provide opportunities for writers to tell the sort of tales they may not have a chance to elsewhere.”

To that end, Pro Se Productions will not only be debuting imprints we’ve worked on awhile in the coming weeks, but also brand new imprints, lines within our catalog seeking specific types of stories. From author centered imprints to themed ones, like Pulp Obscura, Pro Se has utilized the imprint model well and will continue to do. For the first of what will likely be several announcements, Pro Se Productions will begin taking submissions for digest novels, that is works of approximately 30 thousand words, for the ProSeReal and Pro Se Xtreme imprints.”

ProSeReal is an imprint that will focus on stories from multiple genres that are grounded solidly in reality. The intent of this imprint is for writers to produce works that, while being tales of action and adventure, read as true to life as possible. No weird westerns in ProSeReal, but westerns where readers feel the grit in their teeth and the lead in their bellies are welcome. Hard boiled mysteries, noir crime tales, and fast paced romances all have a place in ProSeReal as long as the authors endeavor to take the readers into the stories and make them as true to life as possible.

“The experience,” says Hancock, “that we want people to have when reading a ProSeReal digest novel is one of true immersion, where readers are thrust into the story, a story that if the circumstances were right and such, could happen to them.”

Pro Se Xtreme will focus on the types of adventures—reminiscent of those of the ’50s and ’60s -- that readers felt they needed to hide from their parents. Those books may or may not have quite lived up to the lasciviousness of the cover images, but they sure felt like they did. Strippers, white slavers, pimps, hookers, porn kings and queens, and more. Only, this time, expect the black and white insides to live up to the four-color covers. Readers will encounter private dicks, hapless everymen (before everypeople would have been considered a term), con artists, spies, thugs, victims, and killers all wrapped up in adventures that test their limits and push their boundaries—that will be the norm for the books of Pro Se Xtreme. It’s time for readers to have a reason to hide steamy pulp stories under their mattresses again, and that reason is Pro Se Xtreme!

Submissions are now open for proposals for digest novels in both of these imprints. Authors interested need to prepare a proposal outlining the story to be told in the novel, a proposal comprising of a minimum of three paragraphs that clearly outlines the entire story. If the proposing author has not written for Pro Se Productions previously, then a four page writing sample must be included with the original proposal. All proposals should be sent to submissions@prose-press.com.

Once a proposal is accepted, a deadline will be given and a contract will be issued upon receipt of the initial completed draft of the manuscript. Terms for said contract will be worked out upon proposal acceptance and will be on an author to author basis.