Okay. This week's roundtable is specifically about comic book scriptwriting. These are questions I hear often at conventions or via email from folks wanting to start writing comics or looking to turn an indie movie or small press novel into a graphic novel. I know my answers, but I thought it would be a lot of fun to find out what other comic book writers had to say.

How do you determine when a panel has too many words of dialog or captions?

Dan Jurgens: When it goes beyond two lines of type on my screen. Seriously, it may sound silly, but there's great validity to it. The other is to read it aloud and realize the page doesn't have the right sense of rhythm because it takes so long to read one panel.

Jim Beard: I'm verbose like nobody's business, so since I've become a writer I now espouse brevity :) I hope to NEVER get to the point that I'm choking a panel. Better to choke a dead horse.

Jenny Reed: When the editor says so :)

Bobby Nash: It’s generally a gut feeling, but based on experience. Although, no matter how many or how few words of dialogue I write per panel I expect the artist(s) to tell me there’s too much. I hear that way too often, even though my scripts contain hardly any dialogue compared to most mainstream comics published today. Go figure.

Ron Fortier: Comics are GRAPHICS, its about the art. So, it's too many words when they hide the art. A major boo-boo. 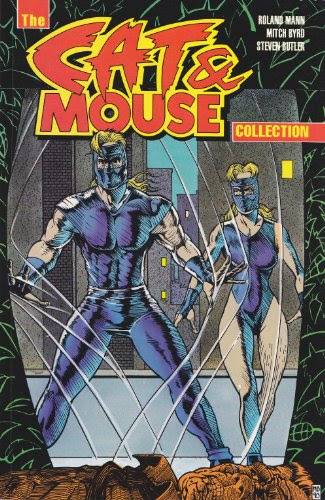 John Jackson Miller: My general rule, adopted from Dark Horse, is 45 words max. No more than two speakers, no more than three balloons. This varies with panel size. A splash page is likely to have four captions and 60-70 words.

Michael Avon Oeming: If you have to ask yourself that question when you are writing, you probably have already.


Dan Jolley: Reading an overly wordy comic book is just not all that much fun. Huge walls of text surrounded by boxes or word balloons are clunky and look out of place. A super-verbose comic book detracts from both the words and the art.

First off, unless they are very very short, I limit the combined number of captions and word balloons in a panel to four. Four is the maximum, and that's only if I have a page with four or fewer panels on it.

If the page has five panels on it (unless one is much larger than the rest of them), the maximum combined count of word balloons and captions per panel drops to three.

If the page has six or more panels, it drops to two.

And as far as the word count in each caption or word balloon, I've developed a rule of thumb that's served me well (and never caused an editor to complain). I write my scripts in 11-point Times New Roman, and I set up a custom indent so that all of the captions and dialogue bits start at the 2 inch mark. Then I never let them run longer than two lines. (For a more in-depth study of Dan's approach, visit his blog at http://danjolley.blogspot.com/2012/06/how-to-write-way-i-write-part-5.html)

Roland Mann: I don't usually count words, but I think 3 balloons with a couple of sentences each (or less) is about right. More than that and you clutter up the panel -- and ART -- with too much noise. One speaker shouldn't have more than 2 balloons. In the same regard, I'm not a fan of page after page of no text to READ. I think comics are a blended art form and the READER needs stuff to read, too. Use silent panels for effect.

Mike Bullock: That's determined by what's in the panel, art-wise to a great extent, but Roland's reply is a good rule of thumb.

Janet Stone Wade: When you can't make out what's going on in the panel because all the word bubbles are covering it up. I'm actually a fan of the pic doing the talking, like action scenes and expressive faces.

Erik Burnham: When it covers up too much of the art.

Percival Constantine: I'm a letterer as well, and that's really given me a feel for how many words can fit in a given panel. One thing I'd recommend every comic writer (or aspiring writer) do is learn a bit about the lettering process and, if you have the software, practice it for yourself. I think it'll give you a much better idea of how many words you can fit and where they should go.

If possible, I'll also check the dialogue again after the artwork has been completed, to make sure that it can still fit in. To date, I've lettered all the stories I've written myself so I've been able to make these changes without holding up the letterer.

What's a good rule of thumb to use when determining the number of panels for a page? Do you "go with your gut" or have a method that helps you?

Dan Jurgens: It's by feel. Do I want a big explosive panel? Were the previous pages leading up to something dramatic? Or do I want to slow time down with a lot of small panels, highlighting isolated action? Depends on the demands of the story and scene.

Jim Beard: The page should have exactly what it needs in terms of panels. I try to never go more than eight or nine, and try to keep it at a comfortable four or so.

Jenny Reed: And on a more serious note, the only rule I use is "try not to use the same number of panels that I used on the previous page" --- Other than that, well, I figure out what I want this page to say, and then figure out how many panels it will take to say it.

Bobby Nash: It’s a pacing issue. I know what needs to happen on the page and where the page has to end for either a scene change or a page turn reveal. When I have the opportunity to know the artist before scripting, I ask if he or she what their preference is for number of panels. I can’t promise that I’ll make every page 4 panels, which is usually the answer I receive, but on average, I write anywhere from 4 to 6 panels per page. Rarely do I write more, but sometimes less.

Ron Fortier: Five to six tops. Again, its about the art.

John Jackson Miller: Fewer panels is always better, though you must stick to the rule of one action depicted per panel. My average has been creeping down over the years. My goal is three cinematic page-width panels per page, but my average is closer to five, which seems to work as it allows for one cinematic panel and then two-on-two. If you're above six, you're giving the artist a postage stamp.

Michael Avon Oeming: It all depends on pacing. Pace your story or your story will pace you by forcing you into a writing corner.

Dan Jolley: A lot of it depends on the artist. Some artists I've worked with got their noses out of joint, so to speak, if I wrote more than four panels. Others don't think it's even worth it to draw the page unless you have five or more panels. That's why I've always tried to talk to the artist first, if I could, before I wrote the script.

Roland Mann: A five-panel page is a good base from which to start, I think (once upon a time, industry standard was six). From there, it depends on what you're trying to do story-wise (story is king, always!)...if you want it to move faster, then lots of smaller panels, less dialogue.

Mike Bullock: Depends on what's going on in the scene(s) that the panels encompass. If it's talking heads or something like that, you can do more, if it's big action then you want less. It's also dictated to some extent by the artist. Some artists want a lot of panels, some only like a few.

Erik Burnham: Some artists can make a ridiculous amount of panels work just fine (see David Aja on Hawkeye #2.) Usually, I make it no more than five panels as a rule of thumb. I'd love to see a 6 or 9 panel grid (and I certainly don't hesitate to do more panels when I'm drawing the story myself) but the vast majority of artists seem to like five and under panels per page best, so that's become my go-to number. Percival Constantine:  As a general rule of thumb, I average about 4-5 panels per page, but I'll add or subtract depending on the scene. If it's something with a lot of close-ups, I can manage a few more, or if there is a lot that needs to be shown in big splashes, I'll scale down the number of panels.

How do you determine when to throw the rules out the window and do something that might be "nonstandard" for the average comic book?

Dan Jurgens: One should discard the rules only after he masters them first. Which rarely happens.

Jim Beard: Again, when the situation demands it -- but if you have something "game-changing" in the middle of an otherwise standard overall layout, you run the risk of it not only looking weird, but also pretentious.

Bobby Nash: There are rules? [laughs] I employ whatever method or layout works best for the project at hand.

Ron Fortier: Break the mold and get verbose... that's called prose writing. It's not a comic. Nuff said.

John Jackson Miller: Throwing the rules out is permissible but there needs to be a very good reason for doing it, and you need good communication with your artist. Explain it wrong, and you've got a jumble.

Michael Avon Oeming: Once you have mastered the rules and feel like they have become old territory, like you are making choices simply on those rules- then shake it up. And always, always keep on producing. Writing, drawing, plotting, sketching, doodling, brainstorming something creative every day! 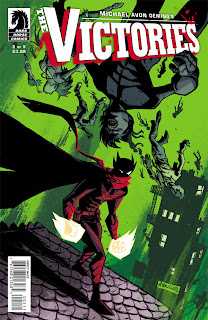 Roland Mann: That's a gut/instinct thing, I think. But you've got to know and understand the rules and know why you're breaking them in order to do it effectively.

Mike Bullock: When that's what the story calls for. Listen to the muse...

Erik Burnham: Knowing the artist I'm working with and what they're capable of helps. Otherwise I go with my gut and ask for things when the story calls for them.

Percival Constantine:  That's an interesting question. I guess it depends on the story I'm writing. To date, I haven't been in a situation where I've felt something like this was warranted, so I'm not sure if I'm very equipped to answer it. If it would benefit the story to do something non-standard, then by all means go ahead and do it. Knowing the rules is important, but one of main reasons for understanding the rules is so you're better equipped to break them.