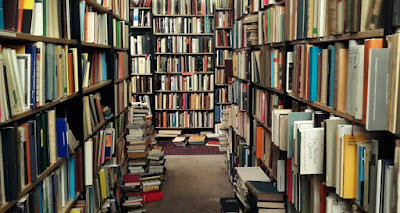 For as long as humans have printed books, censors have argued over their content and tried to limit some books’ distribution. But the reasons for challenging literature change over time, and as Banned Book Week begins on Sept. 25, it’s clear that public discomfort with particular ideas has evolved rapidly even in the last 20 years.

When the American Library Association started keeping a database of challenged books in the early ’90s, the reasons cited were fairly straightforward, according to James LaRue, director of the ALA Office for Intellectual Freedom. “‘Don’t like the language,’ or ‘There’s too much sex’—they’d tend to fall into those two categories,” he says. Some books are still challenged for those reasons—Fifty Shades of Grey is a common example. But there’s been a shift toward seeking to ban books “focused on issues of diversity—things that are by or about people of color, or LGBT, or disabilities, or religious and cultural minorities,” LaRue says. “It seems like that shift is very clear.”

The ALA’s list of the 10 most challenged books in 2015 bears this out: it includes I Am Jazz and Beyond Magenta, about young transgender people; Fun Home and Two Boys Kissing, which deal with homosexuality; Habibi and Nasreen’s Secret School, which feature Muslim characters; and The Curious Incident of the Dog in the Night-Time, by Mark Haddon, which was cited for “atheism.” In contrast, the top 10 most-challenged books of 2001 were more straightforwardly banned for strong language, sexual content and drugs, like The Chocolate War and Go Ask Alice.