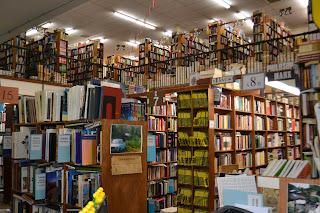 I love used bookstores. Most of my ever-growing library comes either from online discounters or used bookstores. Even so, with all that love (I can spend hours wandering in a single, skinny store in a low-rent shopping center), I still always have the hardest time at used bookstores. The stuff I'm looking for to fill in gaps in my collections... Well, I never know where to look for it.

Is Vonnegut going to be with the sci-fi books or with classics? Sure, I can find Heinlein with sci-fi, but not so much Bradbury. He might be in with literary collections or classics, but seldom sci-fi, even though that was his bread and butter.

And let's talk about more contemporary writers like Gaiman. The man writes the heck out of fantasy, but good luck finding his books anywhere other than general fiction or literary.

And when I'm trying to fill in Hammett and Chandler, do I look under mysteries with Sue Grafton, et al, or do I hope for the best in classics, or just go straight to the desk and ask for the rare book room even though I'm not looking for the pricey versions, just beat-up paperback reprints?

Does anybody else have this problem?

I posted these words the other day on my social media feeds mainly just venting after going to visit a new used bookstore (Did I mention how much I love used bookstores yet? Because I really do. I can spend hours there in spite of my issue mentioned above.)

Only the idea wormed its way into my brain and grabbed hold of my thoughts and wouldn't let go. And it got me thinking about how that same issue related to who I am as a writer. Sure, I write genres, from action and adventure to sci-fi and horror (but no epic fantasy, sorry, not my bag), but I've never felt defined by those genres any more than I have by my content. And trust me, my content has varied from super heroes to monsters to hard-boiled gumshoes to planetary adventurers. 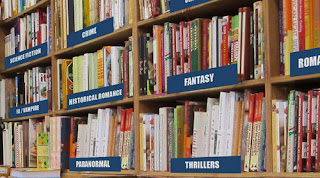 Publishers and readers look for categories, and not just any categories, but easy to define divisions. Those are easy to sell. A reader wants a mystery for the beach this summer, and bang, a clerk can walk said reader to the mystery section where he or she can be inundated by racks and racks of books by pretty much the same 100 authors. A reader wants a new urban fantasy, and poof, there’s a section for that, not to be confused with either sci-fi or mystery, or even epic fantasy. It’s quick, it’s easy, and it’s basic marketing.

It gets even quicker, easier, and more marketable with series. Publishers love series. Readers love series. Both love them because it means they don’t have to think about what to read next. They don’t have to experiment with authors outside their “I know and love him or her” list unless it’s a strong recommendation by a friend. Series make money for that very reason. Series make careers for that very reason. And smart writers (unlike me) know how to take advantage of that market for series books.

The Spanner in the Works

I can’t write like that. Hell, I can’t even read like that. I love the authors I love because their works are so vastly different from each another. There are worlds between Bradbury's Dandelion Wine and R is for Rocket. Vonnegut only wrote one Player Piano, only one Sirens of Titan, and both of those are on the other side of Crazytown from God Bless You, Mr. Rosewater and Slaughterhouse Five. Even Heinlein, while staying firmly inside the structure and settings of sci-fi, ranged from one end to the other with his diverse styles than covered the gamut from Starship Troopers to Job to For Us the Living to Stranger in a Stange Land and I Will Fear No Evil. I’ll have to acquiesce to the standard with Hammett and Chandler, but even those two diverged from their “series” from time to time. 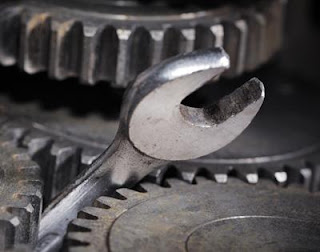 I grew up on this kind of writing. Of the novels I’ve read, very few are parts of series. And even fewer fit easily into one genre. Most overlap between genres like the choreography of a Three Musketeers sword fight overlaps settings. One foot here in the foyer, then here in the dining room, then a hop to the stairwell and a step into the ballroom for another strike.

The stuff I’ve always enjoyed most doesn’t fit into easy categories or series. At best, Kilgore Trout shows up in a few of Vonnegut’s novels, but not as the main character except in one. Even The Martian Chronicles isn’t a complete novel, but a series of related short stories with differing protagonists. Gaiman’s Sandman comics are the only true series work he’s done. The rest interrelate only in the trappings and table dressings, much like those of Stephen King’s fictional city of Derry.

Nor do I want to write like that. I want to paint with all the colors of the wind (thank you, Pocahontas!). I want to master all of the Lantern rings, from green to black. I want to write like the writers who influenced me, not because I want to be a clone of them, but because they created the same kinds of stories I want to be able to tell... a little bit of whatever the hell they wanted to tell at the time. They didn't get locked into markets, and even if that's the way the industry works today, I won't do it. I can't do it. It'd be like putting a part of me in a box and shoving it under the bed or in the top of the closet to ignore.

Maybe the business doesn't work the same way it did for them anymore, but it doesn't change who I am, who they helped make me as a creator of stories.

Outside the Genre Lines

I pity the reader looking for my stuff in a bookstore setup. It’s not as easy as going to the fantasy section and seeing a huge row of similar works all by George R.R. Martin (and not just because I’m not that popular). Nor can you waltz to the sci-fi section and find all my books together like Heinlein’s or Frank Herbert’s.

No. You have to go to the action section, the horror section, and sci-fi section, etc. and find maybe one each in these genre classifications. Because I love to write everything. I cherish that freedom. I think if I had to get stuck in a single genre because I was writing a successful series and having to revisit all the same characters over and over again, I’d be miserable as a writer. Sure, I might be a lot more successful and maybe even have more money if I pulled a Sue Grafton or a Craig Johnson. But, at best, I might be able to do a Walter Mosley and have to finish a series to start another when I felt it had run its course (I miss you, Easy.) But most likely, even that is beyond me, and I’ll continue to jump around in obscurity from monsters to private dicks with all the wild abandon of a child coloring outside the lines in his first “I Went to the Zoo” coloring book.

If I had to single it out, I think the one thing that defines me as a writer would be voice. It’s the “who I am” as a writer that links my books and stories together. There’s a way I tell stories that comes across (at least I hope) to let you know you’re reading works by the same author.

A caveat: At no point to I intend to slight the work of series or genre-specific writers as a lesser quality or more low-brow kind of writing. If anything, it’s a lot smarter than what I’m doing. It’s just not what I’m created to write. I’ve got a wandering spirit that resists today’s “rules” of marketing. There’s still enough Hemingway and Carver and Fitzgerald in me to screw up the “what I’m supposed to do” of genre writing and convince me that I can do it all. 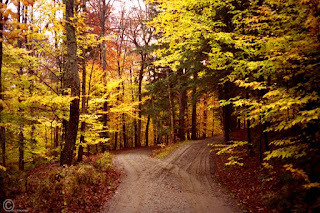 “Two roads diverged in a wood, and I—I took the one less traveled by, and that has made all the difference,” wrote Robert Frost, and I think I finally understand how his way-over-quoted poem relates to my writing life. It means that when faced with the options of doing things the easier, more profitable, more marketable, industry-standard way, I dug in my heels, became obstinate, stuck to my guns, and walked clearly and steadfastly in the other direction.

And I’m cool with that.