The Story Behind Urban Fantasy

Urban Fantasy is one of the "new" genres that seems to mean different things to different people, both writers and readers. So, who better to ask than some of the best writers in the field today?

What does "urban fantasy" mean to you?

Georgia Jones: I have had many people ask me about my novel, Legends of Darkness, because it is labeled as an Urban Fantasy.  In my opinion an urban fantasy is anything that is based around mythological creatures, (the fantasy part), and centered in a modern setting, (the urban part).  I recently had a chance to have a conversation with some colleagues about zombies running loose.  As they were discussing difference scenarios, I was actually thinking about the story and how it would be labeled.  I came to the conclusion while they were chatting away that it would still be an Urban Fantasy.  It doesn't matter to me if a zombie is stammering through rural America starving to death or if he is in a big city feasting regularly, if he has ever owned a cell phone, he is in an Urban Fantasy.  Now, in that scenario if you were to throw in some fairies, demons, vampires, werewolves, a dragon or two, and maybe a dash of magic, you would have a much better Urban Fantasy, as long as it is set in a modern world.

John Hartness: Urban Fantasy to me means magical or fantastical elements dropped into a real-world setting. It’s a blend of horror and fantasy elements, allowing us to play in the magical sandbox without having to completely create a new world. It also lets us juxtapose fun things like wizards and the internet, and elves with cars.

R.J. Sullivan: Urban Fantasy is any fantasy story in a modern setting, be it demons, superheroes, modern witches and warlocks, etc. So a modern ghost story can have elements of both but I think if it involves ghosts "paranormal" is the trump word. To use an obvious movie example, Highlander is urban fantasy but is not at all paranormal.

James R. Tuck: Urban fantasy to me means guns and monsters. Actually, Urban Fantasy occurs when anything supernatural invades what would be a modern world. It's very close to horror, which is technically the same definition. The difference is that with horror the monsters show up and systematically slaughter everybody and that is the point.

In Urban Fantasy the monster shows up, begins to systematically slaughter everybody and one person, one special person steps up and says: "Not this time pal." and proceeds to kick some monster ass. And that is the point.

Selah Janel: For me, urban fantasy means possibility. While I love reading high fantasy and things set in far-off worlds, I'm personally more attracted to the possibility of what would happen if magic and mayhem were to bleed over into the normal life we all cling to. Urban fantasy may feature magic and creatures that aren't native to our world or universe, but it's definitely grounded in day-to-day life. It's that bleeding over that makes it fun. It could be standard supernatural creatures or fairy courts or time travel or whatever, but at the end of the day urban fantasy is just as much about how those elements effect the regular, day-to-day world as it is about the fantastic elements.

Lance Stahlberg: The term Urban Fantasy covers a pretty broad field in my mind. It usually means elements of classic fantasy adventure injected into the modern day. Though technically it should be called “Modern Fantasy” IMHO, because it doesn't have to be in a big city to appeal to the same kinds of readers (case in point: Mercy Thompson, Sookie Stackhouse). It's usually set in a city just for sharper contrast. The key to me is that those fantastical elements are not shoe horned into the setting. They are a natural part of it. These are stories where magic and creatures of folklore and mythology are real. Whether living behind a mystical veil that separates worlds, or hiding in the darker corners of society, or even living openly among us, at least one character in the story has no problem accepting that they exist in the same reality as the one we know, the one supposedly based on hard science.

What is it about urban fantasy that appeals to you?

Georgia Jones: I must admit that I love anything that is in the fantasy genre.  For me the appeal is the escape.  I enjoy gracing the imagination of others and reading any kind of fiction is really doing just that. Urban Fantasy is particularly interesting for me because it is so fantastic and magical.  How nice is it to visit a place where there is hero or heroine that give us hope against a treacherous evil?

John Hartness: I like to play in the world I’m familiar with, and I’m pretty lazy, so urban fantasy lets me get away with not creating the entire universe. Plus there’s some intrinsic humor value when you drop magical creatures into our world. I cite as an example of this my Bubba the Monster Hunter story "Ballet of Blood," where the entire touring company of Nutcracker is made up of vampires. So you get things I love, like vampires and theatre, and things I’ve always wanted to do, like go on a killing spree in the middle of the most godforsaken ballet in the history of the world, and nobody gets pissed about it. It’s awesome! 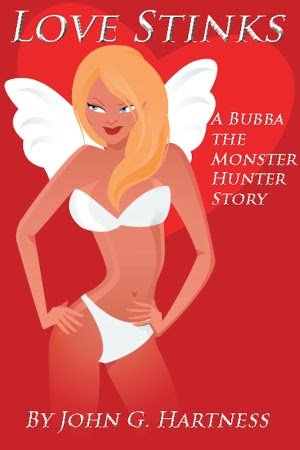 James R. Tuck: I love it. I am a fan of the genre as a reader and have been ever since I discovered it. It holds almost everything I love in my entertainment. Monsters, guns, violence, scares, exploration of nobility and courage... It kicks ass.

Selah Janel: The thought of everything we know being turned on its head and regular people being affected or left to deal with it is awesome - a real continuation of the hero-type journeys a lot of people grew up with. I think at the end of the day a lot of people wish they could interact with vampires or fairies or be able to tap into magic and this is the closest we can come to getting to that reality. Everyone knows that deep down they're capable of more than what the mundane routine offers them, and urban fantasy lets their imaginations tap into that. It gives us an excuse to delve into all those places we're supposed to grow up and grow away from. Plus, the thought that these otherworldly creatures and situations could happen in our own world is both attractive and frightening, depending on the situations and characters. The mesh-up of strange and normal can produce some great metaphors.

Lance Stahlberg: Growing up, comic books were about the only place I could find the middle ground between reality and the kind of high adventure you could only find in classical tales. In novels, the idea of creatures born of another dimension coexisting with humans seemed to be exclusive to a Tolkien-esque medieval setting. I could only keep my imagination in those time periods so long before I had to come back to a good pulp or spy thriller. 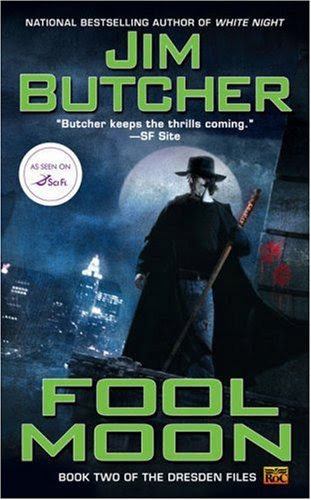 I gravitate toward urban fantasy because it's grounded in reality, but expands on reality in fun and creative ways. Thanks to an amazing generation of writers, we're now in an era of fiction where ogres and demons are as acceptable a bad guy to grown up readers as mercenaries and mob bosses. Magic is as believable an arsenal to bring to a fight as a battle van full of guns.

What limitations to you feel as a writer that are fixed on you by readers of urban fantasy who want a "pure" genre?

Georgia Jones: I do not set restrictions on my writing.  I start writing until a story is told then I stop and begin on the next story.  In my opinion, concepts have so many gray areas that it is difficult to write something based on a readers expectations of a specific genre, simply because most readers have a different idea of exactly what it would entail.  A good example of this is my novel Legends of Darkness, which is classified as an "Urban Fantasy". However, I have had many women readers refer to it as a "paranormal romance", while a lot of men have told me they thought is was action/adventure.   On the other hand, when I wrote it I considered it more to be of a plus 16 years content, but I have had parents of 13 plus children read it and pass it onto them because they thought it would cross-over into that YA group.

I think it comes down to individual perception of a specific genre. 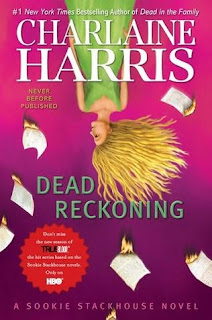 Of course if all else fails, throw in a dragon whose heart beats for a vampire-like warrior and have them save the world as we know it.  (Oh wait, I already did that.)

John Hartness: I don’t give a flying shit what limitations people want to put on the genre. I write fun books with magical critters in the modern world. Nobody’s forced to buy them. They’re usually good for a laugh.

James R. Tuck: My problem is that I write my urban fantasy with a singular agenda. If this stuff was real, if monsters did exist, my book is how things would really be. It's harsh, violent, dark, scary, bloody, and thrilling.

I find that fans of urban fantasy who prefer paranormal romance judge me for not having a huge romantic element in my books. It's too dark, too violent, too scary and not lovey-dovey enough.

Selah Janel: I feel like sometimes people want their urban fantasy to stick to the patterns that they know, which lately seems to be a lot of good vs. bad and fighting against an outside threat with some romance or attraction thrown in. While it's a great standard set of plot points, I get more interested in things that are muddier and end up breaking the mold and do their own thing. While titles like Neverwhere or  American Gods may use some of those tropes, it's a distinctly different book than a series like the Dresden Files (and many others like it) that has similar situations and structure throughout. At the end of the day I'll listen to people and it does get frustrating if that sort of structure is the only thing people are looking for, but I love the possibilities offered in the genre and I'm stubborn. With urban fantasy more than anything else I'm more inclined to do what I want and see who I can get to be interested and see what I'm up to. 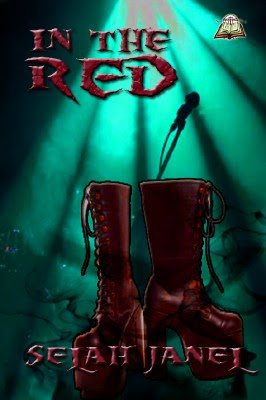 Lance Stahlberg: Well urban fantasy is hardly “pure”. It is genre twisting by definition, which is the main reason why I glommed onto it. But I suppose there are certain “rules” in the minds of fanatics.

Most vampire fiction, for example, probably doesn't fit the category, any more than it fits the horror label. But then I mentioned True Blood as a good example earlier. Because when you throw in spell casting rituals, faeries, and the rest of the supernatural gamut into the same setting, now you've crossed into fantasy territory. Vampire fans may not want all that junk getting in the way of their angst ridden psychodramas.

Likewise, fans of purely grounded in reality detective novels aren't going to see Harry Dresden or Rachel Morgan the way you and I do either.

So I'd be worried more about fans of other "pure" genres mistaking your urban fantasy for something that it is not. Not other way around. The kind of reader who seeks out anything that puts the words "urban" and "fantasy" in the same sentence is open to a lot more.