Mechanoid Press Announces a New Book and a Bundle!

Battles for the Night Bundle 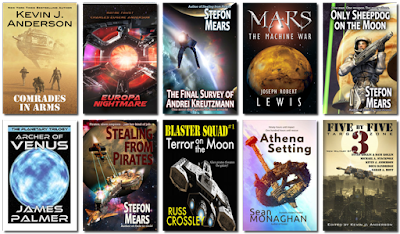 Battles for the Night is a 10-book box set about planetary conquest by some of today's best storytellers!

From the Files of Her Majesty's Clandestine Service 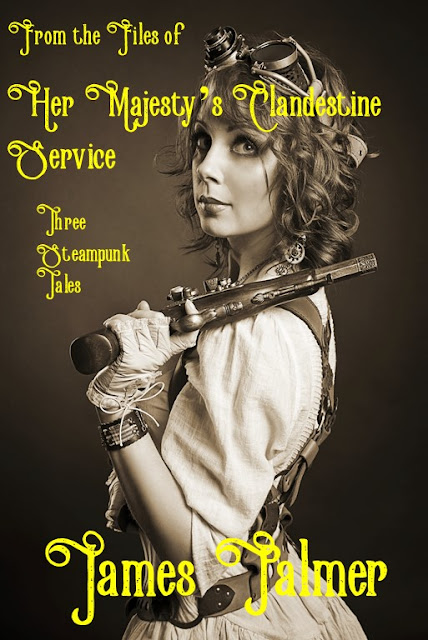 This book brings together for the first time the steampunk adventures of Sarah Frost, agent of the Queen! Clockwork robots, a despotic superhuman intelligence, and a spring-loaded attacker await you.

Sarah Frost is beautiful, wealthy, intelligent, and bored out of her mind!

Subjected to a life of parties and dances and mindless chatter when she'd rather be running her missing father's factory, Sarah is intrigued when a strange fog descends over London that leaves chaos and missing people in its wake. With her long-suffering valet/bodyguard Wednesday in tow, Sarah vows to get to the bottom of it, but what she discovers is something far more earth-shattering. It will take all her genius and resourcefulness to untangle a plot by inventor Charles Babbage and Ada Byron, Countess of Lovelace to destroy the British Empire, and uncover the bizarre purpose of the secretive Voyeur Society. Victorian spies, mad scientists, and other-dimensional entities cross swords in this wildly pulpy steampunk romp that will leave you asking for more.

Sarah Frost has just settled into her role as an agent for the Queen when she gets her strangest assignment yet. A man has been found wandering the London streets, naked and delirious. He is none other than Wilkie Collins, writer, friend and confidant of the reclusive author Charles Dickens, whom Collins claims has been kidnapped by a shadowy foe no one has ever seen. A man known only as Edwin Drood.

Sarah takes the case without hesitation, dragging her valet and bodyguard Mr. Wednesday deep into the poverty-stricken East End to find clues to the famous author’s whereabouts. What she finds is a powerful force that can ensorcel anyone into doing its bidding, a cadre of chimney sweeps busily building something in a moldering warehouse, and a superhuman intelligence with designs on the British Empire. It takes a woman’s touch, as Sarah Frost must once more do her best for Queen and country in this latest tale from the files of Her Majesty’s Clandestine Service!

Don't miss the exciting follow-up to The Clockwork Conundrum!

In this never before published adventure, Sarah must come to the aid of a group of women suffragists who are being attacked by a spring-footed fiend. But it will take all of Sarah's fortitude to overcome the malevolent foe when she becomes Spring-heeled Jack's next target!