Author Nicholas Stanosheck, the best-selling author of the epic fantasy novel, Vhaidra & the DESTINY of Nikodemos, returns with his sequel, Vhaidra & the DRAGON of Temple Mount, continuing the highly anticipated stories of THE VHAIDRA SAGA published by Notion Press International! 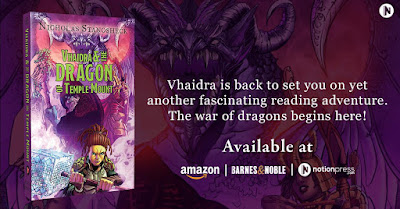 The War of the Dragons begins here...

What secrets lie in Sicyon's mysterious Temple Mount? Who are ATHIE, DAMIANOS, and KOSMAS, and what is their connection to the orphaned half-dragon MIKHAIL? Are the forces that are purportedly working for a better tomorrow in Sicyon truly what they say they are? 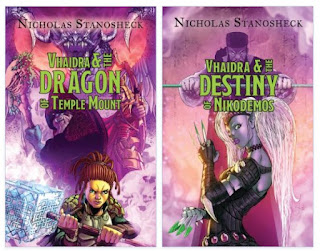 After the devastating Battle of Sicyon in Vhaidra & the DESTINY of Nikodemos, House Iroas ascends as VHAIDRA the dark elf monk and NIKODEMOS the human cleric raises a powerful house of half-drow warriors in the overworld. Meanwhile, the young half-dragon, MIKHAIL, his human milkmaid and astonishing ranger, MIRIAM, and the flirtatious dwelf dancer, TI'ERRA, change the ascetic half-orc wizard, ELDER DIONYSIOS, forever, as his hidden history intersects with his future, whether he likes it or not.

The obsidian half-dragon grows from a baby to Sicyon’s powerful stylite and protector, but will his abilities be enough to stave off both the imminent threat of the mighty white dragon from the north or will Sicyon get a long cold winter that it can never wake from? Will the diabolical forces within Sicyon that conspire against ARCHON JUSTINIAN and his allies be able to exploit VHAIDRA, NIKODEMOS, TI'ERRA, ELDER DIONYSIOS, MIRIAM, and MIKHAIL to create the civil war that they so desire? Find out the answers to these questions and more in the exciting adventures of Vhaidra & the DRAGON of Temple Mount! 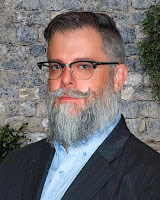 Nicholas Stanosheck, besides being a best-selling author, is a father, a world traveler, a volunteer Scout Leader, an Orthodox Christian, and a Lean Six Sigma Master Black Belt from Lincoln, Nebraska, USA who currently resides in Dallas, Texas, USA. His novels come from his lifelong love of role-playing games, fantasy novels, video games, and world travels. His first novel started as a short story that he had in his head for years, and once he committed it to writing, the characters spoke to him and started telling him a series of stories about THE VAHIDRA SAGA that will continue as a paperback and e-book series for years to come.

The author’s previous novel, VHAIDRA & THE DESTINY of NIKODEMOS, was the #1 New English Literature at Barnes & Noble in August 2020. You may contact him at http://Vhaidra.com.