Have It Your Way -- Genre-Blending in Contemporary Fiction 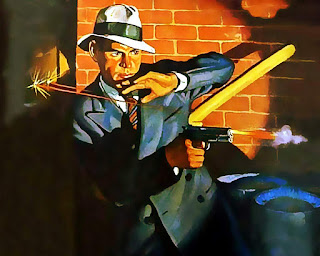 This week's roundtable deals with genres and how they never seem to remain a "pure" work of a single genre. Just like we like to have our burgers "our way" and mix up our favorite latte with our choice of flavors, as writers we tend to like to mix up our genres to a desired preference.

What are your favorite genres to blend when you write?

Selah Janel: It really depends on the story. I think aiming something at a genre is exactly the wrong way to go about stuff. If you're looking for a gimmick, absolutely try to cram things together, but otherwise start with the story and see where it goes. Often times, the question of merging genres will solve itself. That being said, a lot of what I prefer to write is fantasy, urban fantasy, or horror, so I often blend those together quite a bit. I also take a lot of inspiration from the literary fiction I've read, as well as historical accounts and all sorts of other things. If there's an element or theme or genre device that I think will work, I'll use it. Often times that approach brings me to using elements from genres that I'm not comfortable writing wholesale, so that's always fun, too.

Lance Stahlberg: Urban Fantasy, as in fantasy with a modern day setting. I wrote one fantasy blended with a heist/crime story with a superhero story. And one fantasy with a Western. I have another urban fantasy idea I want to run at some point, a fantasy-mystery I suppose.

Lisa M. Collins: I love to write action/adventure and blend in elements of fantasy or science fiction.

Allan Gilbreath: Suspense and sensual-ism blended into everything else.

Mark Bousquet: My favorite genre blend was horror and journal writing, in which I wrote a first person story of a woman working in a haunted estate. I really liked how that daily desire to keep a journal mixed with the descent into horror because it added another layer to the tension - there was the terror and horror of the individual acts, but there was also the step back from it, since one largely writes a journal in quiet times while reflecting back on unquiet times. 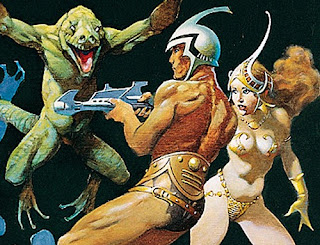 What are the advantages of blending multiple genres in a single story?

Selah Janel: It gives you more tools in the belt, more paint colors in the palette. It can also technically appeal to more readers, bringing in those who prefer certain genres together. What I love about it, though, is it helps me to expand a story and take it away from the formulaic and into a unique direction. Kingdom City would be nothing without my love of HP Lovecraft or my adoration of regular people historical literature. Granted, all of that is put through a fantasy/fairy tale filter, but that's the real thing - you have to blend the genres until they become their own thing and not jam them together. I love the comic series East of West because it just excels at this. That title is it's own unique world. It has western elements and sci-fi elements, but it has a ton of other little things in it that give it its own unique look and feel. It's incredible. Stories like that are so good they're their own thing - they make me /not/ want to define it by genre, because that takes away from the brilliance that is that particular story.

Lance Stahlberg: Today's savvy readers need more variety to keep their interest. Traditional storytelling runs the risk of falling into predictable patterns and overusing the same tropes that everyone recognizes by now. Something like urban fantasy is easy in that it's whatever genre you want your story to be, but with magic and dragons thrown in.

Lisa M. Collins: My genre is speculative fiction, and I mostly write science fiction or paranormal. Dictionary.com defines speculative fiction as: A broad literary genre encompassing any fiction with supernatural, fantastical, or futuristic elements. In this genre I can throw out all the rules. I can have a unicorn walk down main street, a plumber who flushes herself to other dimensions, or psychologist who lives on a distant world.

Allan Gilbreath: Gives the reader a deeper experience bringing in all the senses 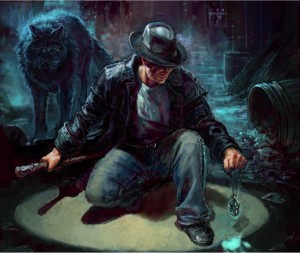 What are the disadvantages of blending genres?

Selah Janel:  If done poorly, it can be confusing or obvious. I think a lot of people have started looking at it as a humor device or a marketing gimmick. That's fair, and it works to some extent, but it really takes away from the artistry of what makes good genre fiction. To me, stuff like that takes away from all the hard work I'm putting into my own stories and subverts authors who are doing it really well. I don't have fantasy creatures in Kingdom City using modern tech because it's funny (though it is, by default). I did it because that's the world that their progressive viewpoints would fit in, and it would be an interesting way to explore traditional fairy tale views versus more progressive world views, and what kind of characters would be caught in between.  It would be really easy for me to write funny stories about trolls using laptops, making the obvious jokes, but that sort of thing is so one-note to me. It's always going to be about what's best for the story, and the genres or tools you use should work for you, not get in the way of the world and tale you're creating.

Lance Stahlberg: Only from a marketing perspective maybe. Wondering where to file your book on the shelf might be a confusing question. But not really.

Lisa M. Collins: When I blend speculative elements into a story I need my reader to suspend their real world limitations. The paranormal/fantastical/futuristic has to be believable. A unicorn walking down main street might be a hard sale, unless you had already read about our heroine having dreams of the event since childhood.

Allan Gilbreath: Getting lost in the details and not moving the story along.

Is blending genres something you do intentionally, or does it seem to just happen as your write? Why do you think that is?

Selah Janel:  A little of both. I don't tend to think in distinct genre lines. I like seeing how different things make sense - like how a lot of old fairy tale quirks like talking animals and trees, different elements of magic, etc could also read like Lovecraftian horror. I never intentionally went at it from that viewpoint, but it occurred to me one day that things lined up, and there was a lot I could do with it. It solved a lot of problems in my manuscript at the time. I don't throw vampires into tales about lumberjacks just to do it -- there happened to be a term for a forest creature that meshed up with vampire mythos and typical lumberjack life. I definitely don't shy away from blending genres, though. To me it can bring up interesting twists and things the reader may not expect, as well as provide some really nice metaphors, as well. If it doesn't read well, or seems to forced, I absolutely won't do it, but if it gives the characters more room to play, if it enriches the world, if it expands the story, I'm game for anything.

Lance Stahlberg: I never think about it consciously. There is so much cross-pollination of genres today that genre rules are almost meaningless. At least with the kind of audience I want to capture.

Lisa M. Collins: While writing my mind bubbles with ideas. I’ll be typing along and the next thing you know a mecha suited girl strolls through a barnyard with a cow tucked under her arm. LOL, something like that happens every time. :)

When I was kid I was interested in movies and books full of fantasy and science fiction. I can’t imagine not looking in to the future and wondering what might happen or who we will become.