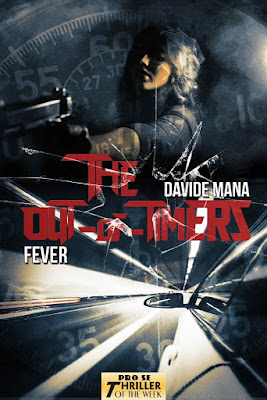 Pro Se Productions Presents the Latest Episode of the Future of Digital Storytelling-THE PRO SE THRILLER OF THE WEEK.

Each week, a new 'episode' of one of four rotating series will be released as a digital ebook for your reading pleasure. From Espionage to Supernatural, From Crime To Suspense, each week readers can find what they need in the PRO SE THRILLER OF THE WEEK.

Three people, each an expert in their respective fields, and near masters in many things. For different reasons, they are considered to be not long for this world, living on borrowed time. They each have also been known to be risk takers, daredevils of a sort, so even without their own individual issues, they could, at any minute, put themselves in situations that could take them out. They are brought together as a group by a man known only as Mister Davies to form the most unique of teams. Working both on individual missions and as a group, The Out-Of-Timers are sent on jobs to basically confront evil, help those who need it, and save the world.

Deadly Diseases in a Designer World!

A relief hospital is attacked in Africa, its staff massacred. The mysterious Mister Davies puts his three best operatives into play to determine if terrorism, rebellion, or something more sinister is at play. Between globe-spanning espionage, death-defying action, and stunning, horrifying science, the aged spy, the terminally ill scientist, and the marked ex-cop uncover something that they've never seen. A plot that may mean the entire world is Out of Time.

Featuring a thrilling cover, logo design, and formatting by Antonino Lo Iacono and Marzia Marina, THE OUT-OF-TIMERS: FEVER is available now at Amazon for only $1.49.  And this episode is a part of Kindle Unlimited, so KU Members can read it for Free!

For more information on this title, interviews with the author, or digital copies to review this book, contact Pro Se Productions’ Director of Corporate Operations, Kristi King-Morgan at directorofcorporateoperations@prose-press.com.

To learn more about Pro Se Productions, go to www.prose-press.com. Like Pro Se on Facebook at www.facebook.com/ProSeProductions.
Posted by seanhtaylor at 12/22/2017 11:00:00 AM