Narrowing the Target -- Publishing with a Single Audience in Mind 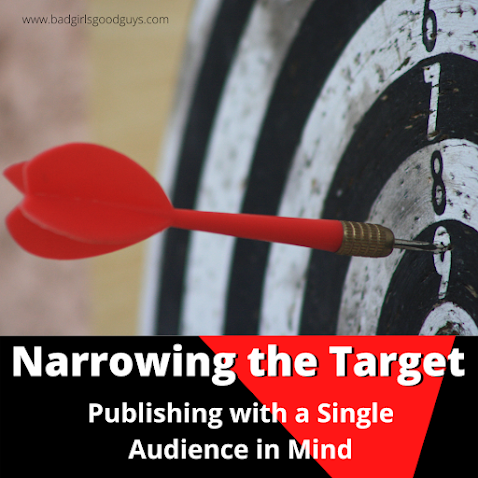 Let's talk about the idea that certain types of stories are traditionally for specific genders or targets. For example, romances were clearing published throughout much of publishing history with women readers in mind. Men's adventure magazines clearly wanted to appeal to the manly man (or those who imagined themselves to be) market.

Today, with our focus on diversity and inclusion, we have books that are targeted to fill in gaps traditionally missed in publishing, such as books specifically for certain racial audiences or for lesbian, gay, and trans markets (different things to marketers). And then there are books published (even fiction) for those of a certain political bent as a reaction to real or perceived slights in the culture (I'm looking at you, Comicsgate).

What does all this mean for us are writers and readers? I was lucking enough to get some time from two of my favorite folks -- HC Playa and John L. Taylor -- to pick their brains about just this issue.

Traditionally single publishing has been divided along gender lines -- adventures for men, romance for girls. How do you see that changing? Are those divisions beginning to fade as men and women are reading similar things? Or do they still control a significant place in the publishing world?

HC Playa: So I am mostly answering as a reader vs as an author. I literally started writing BECAUSE so much fiction aimed at women seemed to be formulaic or focus only on romance and the writers I admired most found a way to write a damn good story with good characters and a dash of romance only made it that much better.

On gender division--TBH it rather depends on how our society progresses or regresses. Thanks to some big name authors (Like Laurel K Hamilton, Sherrilyn McQueen and many others that I don't know off the top of my head) many a male reader discovered that so-called "romance novels" were just adventures with some spice and well crafted characters. The gender division in writing reflected society. "Men's fiction either excluded women in the plot or used them as plot devices whereas "women's fiction" paints larger than life men that can do all the things AND treats their women right...well mostly. There are plenty of project-save-an-a**hole plot lines 🤣 in books out there. It was never that women only wanted to read romances or cozy mysteries...it's all that was marketed to them. The divide is and was a pillar of mysogeny, the idea that men and women are so inherently different that she can't possibly be interested in adventures and vice versa that a man can't possibly want to read a story that puts him in touch with emotions.

I think to some degree there will always be a market for fiction aimed at specific audiences. There are are plenty of people that find a reading genre niche they like and stick with it, but I don't know that hard and fast gender-divided marketing has as much a place as it once did. 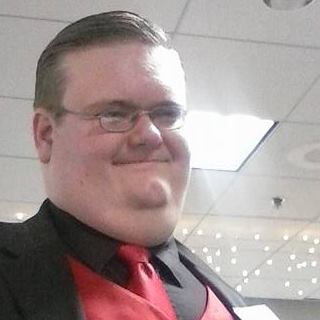 John L. Taylor: As a horror writer, I feel this very much as huge amounts of the genre are aimed at young men. So here are my takes. I don't see my genre as becoming any less gender focused in writing, just more youth focused. Series like Goosebumps and Scary Stories to Tell in the Dark were some of the bestselling horror books of the last 30 years, and I'm seeing renewed interest in youth driven projects. Those seem to trend more in a gender neutral direction. But in terms of gender specific genre fiction, I'm seeing more self aware or apologetic works. Men's Adventure specifically seems to be in the doghouse with editors right now. Titles like the Executioner were discontinued by Harlequin recently, and I see this continuing.

John L. Taylor: Yes, in many ways. Horror in particular has a reputation for misogyny it's fighting to shake off. That has been of mixed success. While "post horror" movies are going strong and producing amazing films like Midsomer and Get Out, it's a genre trying to fit into a culture where it's traditional tropes are simply no longer relevant to it's core market (lower middle class men ages 16-25). Most genre fiction is becoming more message/virtue driven, as is media in general. Romance is also in a tug of war at the moment. with trope bending progressive narratives aimed at a media savvy urban readership or an ocean of Amish bonnets and "All American Country Girl" romances aimed at rural Evangelicals fight for shelf space while competing with Harry Potter for the same audience. I believe the emphasis of message over substance is really hurting their appeal right now.

HC Playa: I hadn't given this much thought before and to be honest the idea is rather frightening. I write views that speak of tolerance and I admit that I have a hard time enjoying anything that smacks of misogamy or racism or anything along those lines. So I suppose the answer is: quite likely.

Art reflects life, so unless we as a society become less polarized, then yes.

Let's look into the future. Of the single audience markets that are trending nowadays, do you think many of them will still be around in the next 20 to 30 years? Do you think that proves that the markets are a good idea for publishing or that as a people we will continue to divide along cultural lines and publishers will still be trying to keep up? 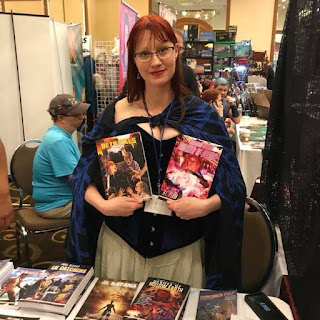 HC Playa: I have no idea what's trending. I am always late to the game or do it absurdly early and then like 20yrs later people are like, ooooh this is cool. 👀

Trends come and go, so give it enough time and the answer is always yes, it'll again be popular.

John L. Taylor: Some single audience fiction will never fade totally. The longing for adventure, romance, and horror are to deeply ingrained in the human psyche to lose appeal. The subgenres, however, will change quite a lot. Westerns will die off. There's no way to separate those themes from a very dark period in U.S. history. Military adventures will take their place, as well as things like Sword and Sorcery and Sword and Planet will take their place. Master Chief is the new Mack Bolan, it seems. Post Horror will continue to grow and explore new themes and audiences, as horror always does. Romance, I believe will find a new, untapped market: Men. Many young men are socially isolated and dream of genuine emotional connection, and editors will soon realize this. New classics are on the way that will be cherished for decades. But I think this is all about ten years down the road from now. Works from the period between 2014 and 2025 will not age well, in my esteem. They'll be a perfect time capsule of the Culture Wars era, but I don't see any of them having the timeless appeal of what came before. Hell, the bestselling movies in America right now are based on Marvel comics from 30+ years ago. I doubt material being produced right now will have that kind of staying power.

John L. Taylor: Defining good or bad uses of single audience fiction is based on a logical fallacy: that it was ever single audience. Every genre has some crossover appeal. For example, despite the male nerd stereotype, half of the Dungeons and Dragons players I know are middle class women with college degrees. They like the appeal of adventure outside the office, as men before them did. Tapping that longing, with whomever it lies, is the way forward.

HC Playa: Good uses: well as a parent I liked age demographic lines at least until they graduated out of easy readers and small chapter books and into actual novels.

I don't really pay the slightest attention to how a book is marketed. I read the blurb and the first page or so and if it intrigues me, it's a sale.

I suppose some good uses can be to market more diverse fiction, so that people see that there ARE stories out there that they connect with. Bad uses would be to spread propaganda and hate.