It's a staple in the worlds of fantasy fiction. Not just that, but you also encounter it in some sci-fi tales and quite a few of the various "-punks" that scatter the literary landscape. But outside of just copying the classics, how do writers actually put together a system of magic that makes sense in their settings?

How much thought do you put into your magic systems in fantasy (or even sci-fi in some situations)? Is it similar to the world building or even like another character or setting in its own right?

HC Playa: How deeply I delve into the system rather depends on the story. Generally there are some things that I have to consider:

Ernest Russell: Great Topic! I have found codifying the basics is important. I liken it to Asimov's laws of robotics.. here are the guidelines now, normally more than three, then ask can this work according to these guides in attempt not to break the system. Of course, someone often ends up breaking or trying to break the system. Intentional- they're usually a villain. Unintentional - often the McGuffin for the story. 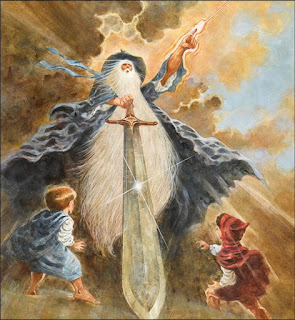 Marian Allen: In my fantasy trilogy, Sage, the "magic" and "religion" are pretty much the same thing. I did quite a bit of research and thinking and note-taking to separate this into two different attitudes/approaches, one of harmony and one of domination. I wouldn't say the two are characters, but they certainly reflect and define the "good guys" and the "bad guys."

Frank Fradella: When I write in a magical setting, it's important for me that magic is vital to the story. If I can take magic out of the story and still tell the story, then I'm doing it wrong. For me, it can't be something you tack on for flavor. Magic IS the setting.

Tamara Lowery: My magic system is pretty soft, and I tend to make things up as I go. I have been pleasantly surprised when my subconscious applied known science on some aspects. For instance, I have gold coated vines which are carnivorous. Most real carnivorous plants develop in environments which don't afford much sunlight for photosynthesis. I didn't do that on purpose, but it works.

Sean Taylor: For me, magic is not a typical part of my fiction, but in the case when it is important, I like to take the time to figure out why and how it works. I like to get beyond the sort of "djinn" approach, where anything goes. I like the idea of tying magic to things like the five senses, the four humors, or the base elements, that sort of thing.

What are your rules/guidelines for designing a magic system in your novels and stories? 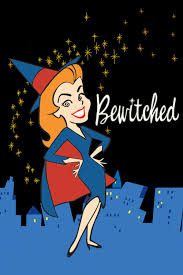 Marian Allen: The rules/guidelines are the same as anything else: a magic/religious system has to have its own internal logic and has to have a solid reason for being part of the story or novel, not just be window dressing.

Frank Fradella: I try to think of magic as "science we don't yet understand." I don't bend science to fit my stories, and I give magic the same respect. I have clearly defined rules for how magic works, what it can do, and what it can't do. I work within the broad limits of those rules.

Mari Hersh-Tudor: I have two magic systems in my fantasy world: one for humans and one for nonhumans. Humans require study and spells and accoutrements. Nonhumans have an innate ability and require only discipline and willpower.

Kaleb Kramer: I tend to do a lot of thought, and no real rules, because it is very different for each project, and so much of the thematic and symbolic elements are tied into magic, that addressing magic is, for me, fundamentally addressing the theme, tone, and feel of the entire project

Sean Taylor: The best idea for magic I ever heard, and the one rule I've stuck to throughout my career came from you, Frank. It's this: If magic is energy, then it must follow the laws of energy. If something happens, an equal and opposite happens elsewhere. Nothing new can be created without pulling from something else. The law of energy conservation must be maintains. We even wrote a pair of stories that did this for a holiday themed posting on iHero. So much fun. And such a good rule for energy-based magic.

Ef Deal: I put a lot of thought into it. Recently I researched both zombies and vampires before literature or film defined them. Once I realized the variety of types in myth and legend, I had to establish my own world’s version of these, and my workshop members who were not genre readers insisted it was a huge mess of disinformation. EVERYONE knows vampires sparkle and burst into flames in sunlight. EVERYONE knows zombies are the result of science gone awry—radiation or patient zero. But I spent hours and hours of research that didn’t involve watching movies. I had to take info time refuting the misapprehensions. In the end, I had my MC mock the sources of those tropes. 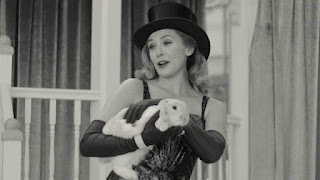 Ernest Russell: Another aspect to figure out what type of magic and is there more than one type? Will it be physical magic? Energy based? Spirit based? Is the mana high, low, none.

I have a series of short stories all set in a low mana version of our world. The magic is based on will and is channeled through the pineal gland. A few people can use a focus to do magic. Others have to make intense preparation, have large number of people, ritual and so to create magic. And the vast majority don't have a clue. The currently published is in All That Weird Jazz. Another, following different character will arrive in a Gothic horror anthology.

HC Playa: Much like with my plots, in my early writing magic tended to be as I go, making up the rules as I went. The more I have written, especially after taking a world building workshop, I tend to treat it as part of the world building and decide the things listed above before diving into the story. One of my most common choices is to apply different "rules" OR different views of it to different groups, which automatically builds conflict into the system and plot.