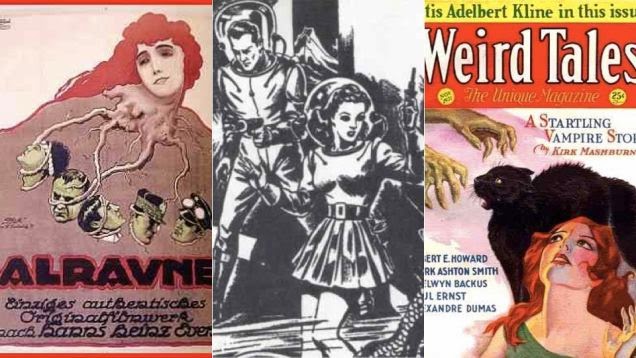 The pulps of the world were full of tough men. The iconic pulp characters — the Shadow, Doc Savage, Tarzan — are all men, and the common perception of the pulps is that they were written by male writers, about male characters, for male readers.

However, the pulps were more progressive than mainstream fiction (and film and comic strips, etc.) in a number of respects, including and especially the number of formidable female characters who appeared in them. Even excluding those characters whose writers forced them into marriage and respectability, the list of Women Badder Than You is long. Here are 14 of the most badass fictional women to appear during the pulp era. Excluded are the best-known female badasses: Isaac Asimov's Susan Calvin, C.L. Moore's Jirel of Joiry, John Russell Fearn's Golden Amazon, and Lester Dent's Pat Savage. You already know them. Here are some you don't - but you should.