What do you do when plotting to ensure that a story remains
balanced so that a hero actually faces a challenge? 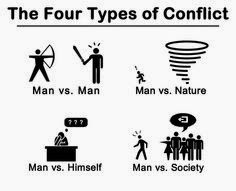 I love this question. Why? Because I've always had a theory about plotting, and it always begins with character. When I know the character, then I can ask myself this one, all-encompassing question, upon who's answer I will build my story.

That's where it all begins. Plotting to me is putting your characters in situations that make them not just uncomfortable but direly uncomfortable. This enables me to create situations and antagonists that will genuinely put my protagonists through their paces.

For a standard pulp adventure plot, the easiest way to answer the question is by jumping straight to a powerful villian. But... I like to go at least a little bit deeper than that. For example, in my most recent Rick Ruby mystery, The villain isn't the real "big bad" because the solution to the mystery might put a nail in the coffin of Rick's relationship with Evelyn. So the worst thing that could happen isn't the villain but the chain of events the villain sets off in Rick's personal life. How 'bout another example, this one from my Lance Star story in Volume 3. Lance is a pilot, so the worst thing that can happen is to separate him from his plane, so I trapped him on a private yacht in the middle of the ocean without an airstrip in sight.

For not pulp plots, the same principle applies. The big bad could be a character's hubris. It could be a familial relationship. It could be a storm. The standard archetypes of man vs. man, man vs. nature, man vs. society, and man vs. self don't change.

What's the worst thing that can happen to my characters? As a writer it's my job, my responsibility, my obligation to take them there and back again.
Posted by Unknown at 12/15/2014 12:28:00 PM