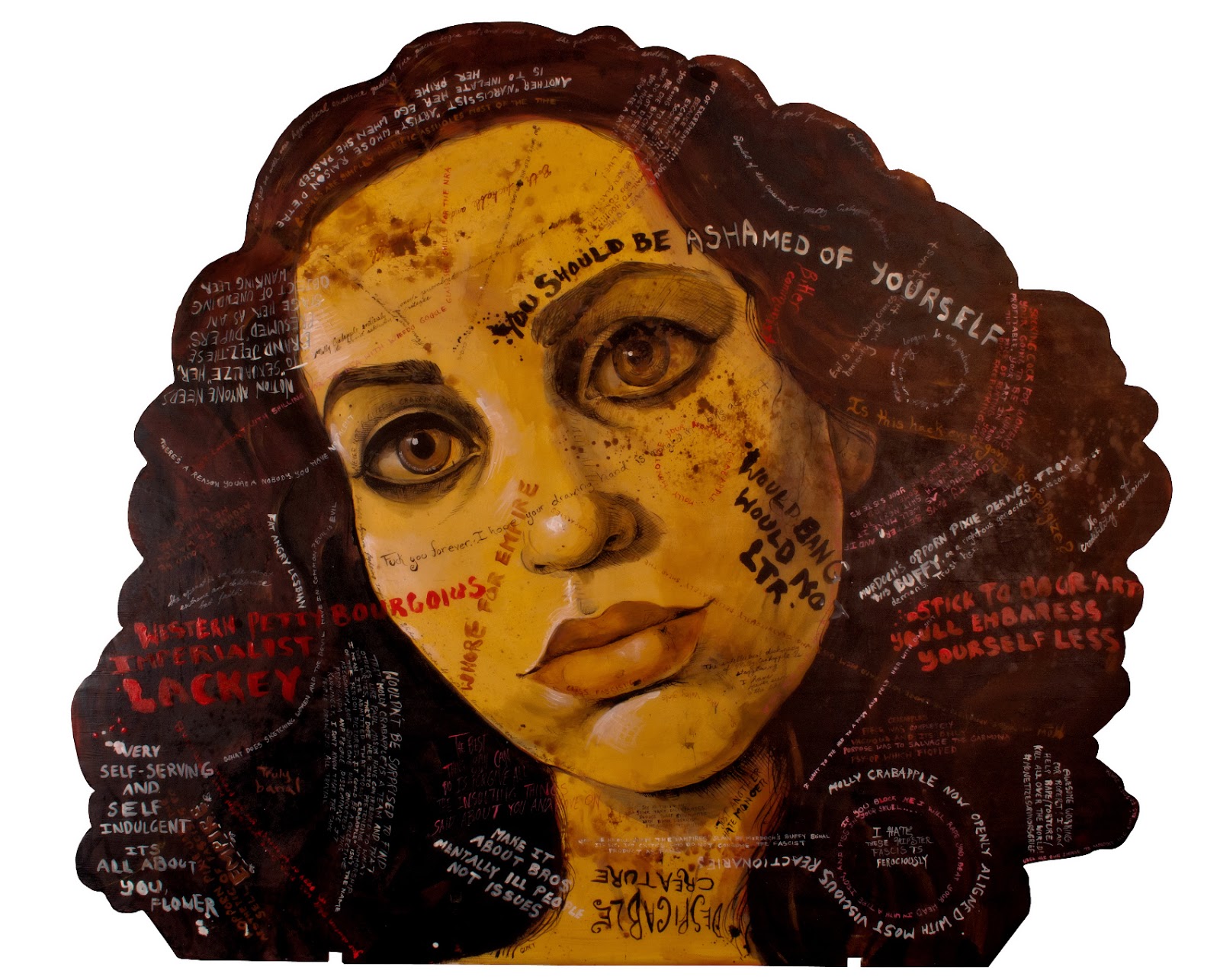 I'm a visual artist and writer. What this means is that I have done most things one can do that involve making pictures (as to making words, I'm far newer). I've drawn dicks for Playgirl. I've painted a six foot tall replica of my own face and carefully calligraphed things people have said to me on the Internet, then displayed it in a Tribeca gallery, as a sort of totem. I've live-sketched snipers in Tripoli. I've illustrated self-published kids books for ten dollars a page. I've balanced on jury-rigged scaffolding on a freezing British dawn, painting pigs on the walls of one of the world's poshest nightclubs.

I've made my living as an artist for eight years, almost entirely without galleries, and until relatively recently without agents. It was a death-slog that threw me into periodic breakdowns . I'm pretty successful now. I make a good living, even in New York, have a full time assistant who gets a middle-class salary, and have a book coming out with a major publisher. I feel so lucky, and so grateful, for every bit of this.

My success would not have been possible without the internet. I've used every platform, from Craigslist and Suicide Girls to Livejournal, Myspace, Kickstarter, Tumblr and Twitter. I'm both sick of social media and addicted to it. What nourishes you destroys you, and all that. The internet is getting increasingly corporate and centralized, and I don't know that the future isn't just going back to big money platforms. I hope its not.