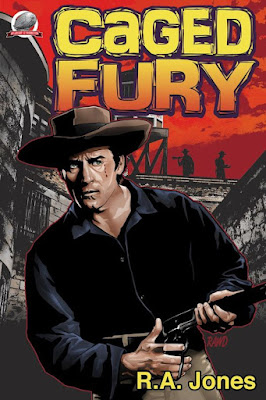 After a deadly shoot-out with outlaws, bounty hunter Jason Mankiller founds himself in the small town of Low Water. Upon delivering the bodies of the criminals to the local marshal, he is immediately arrested for murder and locked up. Then, before he could comprehend what was happening, he’s put on trial in front of a kangaroo court set on finding him guilty. Too late, Mankiller realizes both the town marshal and mayor are also wanted men who have set themselves up as the law in this out-of-the-way hick village.

Found guilty, h’s sent to the hell hole known as the Pima Territorial Prison run by the sadistic Warden Holden Mayhew. Now the bounty hunter’s only goal is to stay alive long enough for his friends to learn of his fate and find a way to free him. But in Pima, that’s not going to be easy when he’s surrounded on all sides by brutal and savage killers.