Persistence in the Face of Great Adversity 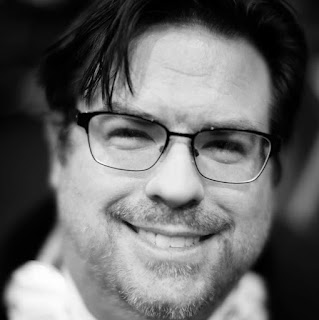 As I sit here in my car doing my best to figure out exactly what I'm going to write about, I think about a friend of mine that's well published that uses a voice recorder in his ear while he goes hiking to do his first drafts. And I think of a marketer who uses a voice recorder to automatically type what he wants written for his marketing campaigns into Google Docs. Thus, using inspiration from both of them, I am doing voice-to-text right now as I think about what it is I am going to write.

One of the things that I admire in writers, is how they can take over a known universe, and make it their own, giving us a great story in it that continues the universe's Legacy. I think of the Star Wars Expanded Universe of novels. I think of the Star Trek novels. I think of authors that take over after other authors have died such as what Brian Herbert and Kevin J. Anderson have done with Frank Herbert's Dune, and what Brandon Sanderson did for Robert Jordan's Wheel of Time, or what Todd McCaffrey did after his mom died with the Pern novels.

For myself, when I was growing up, and in my early 20s, I would sometimes write Star Trek or Marvel or some such in a short story form yet I never would finish the story. A lot of it was just done for fun anyway. I would even have wild ideas I would start writing down and had nothing to do with anything established. I had friends would say to me what I wrote was very readable. Yet, I never would continue nor finish them. I always thought I would, but never did.

Then, I decided to be serious. I bought a used copy of Dean Koontz's book How To Write Bestselling Fiction, and I read it like a writer's bible. I bought Stephen King's On Writing and read it. Then I came up with various stories of my own which I started. I have a whole universe of stories in my head just waiting to be told or finished being told. A few years back I lost a 20x20 storage unit that I was not able to pay; many, many, many stories were lost forever that had been in progress. Yet, the last one that I had been working on, I had somehow been wise enough to save PDF files online which I was able to recover.

I have gone through the PDF, the full PDF, a few times now, and I want to finish it. Yet, here I am sitting in my car, it's raining outside, I am homeless, very tired, and autistic, and have a hard time concentrating in public when I pull out my computer. A friend even got me a computer recently, because my other one was messed up and I hadn't been able to write in over a year. Files are on it as well. I sometimes can concentrate, and sometimes not. It varies, depending on what stimulation I have going on around me.

I rather hope to finish my story someday, and perhaps restart some of the stories I had started previously, yet never finished. Perhaps I can finish those as well. Yet, each day is its own struggle just to survive. I have to keep gas in the car to be sure I have air conditioning so I am not too hot. I have to make sure I have food each day. And most times I don't have any shelter other than the roof of my car. Friends help me out with donations on occasion. Even though the novel is not finished, I am considering sectioning up the part I already have, which is over 100 pages, into a few sections which could be sold on the Kindle Vella. How many would be interested in finding out more about the story I currently have?

When I think of how other writers are able to step into other universes and just take off with those universes and do so well, I look at myself and how I'm just working on my own stories, and my own universe, and how although it would be wonderful to write a Star Wars novel or a Marvel comic book or a Star Trek novel or some other thing, I just want to see my own stories in print.

If there is one thing I can say, whether one is published or not, whether one has finished a story or not, if you are a writer, then you have to write. I have other aspects of me as well and I am a trained healer. I am a certified Wholistic Health Coach. I have also trained in a very specific healing technique, which is highly effective. I love to help people. And I love to see them get better. Writing is something which causes people to feel good. Reading words helps one to become a better person. I believe that is why I have such a drive to write, and to never give up. Persistence truly is the key to success. Whatever success you have, it is because you are persistent, no matter what!