[Link] Hemingway’s Advice on Writing, Ambition, the Art of Revision, and His Reading List of Essential Books for Aspiring Writers

“In any art you’re allowed to steal anything if you can make it better.” 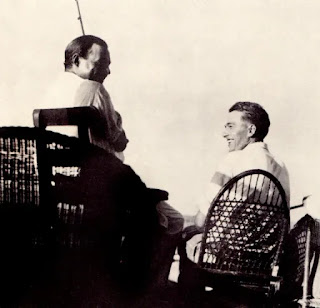 “As a writer you should not judge. You should understand,” Ernest Hemingway (July 21, 1899–July 2, 1961) counseled in his 1935 Esquire compendium of writing advice, addressed to an archetypal young correspondent but based on a real-life encounter that had taken place a year earlier.

In 1934, a 22-year-old aspiring writer named Arnold Samuelson set out to meet his literary hero, hoping to steal a few moments with Hemingway to talk about writing. The son of Norwegian immigrant wheat farmers, he had just completed his coursework in journalism at the University of Minnesota, but had refused to pay the $5 diploma fee. Convinced that his literary education would be best served by apprenticing himself to Hemingway, however briefly, he hitchhiked atop a coal car from Minnesota to Key West. “It seemed a damn fool thing to do,” Samuelson later recalled, “but a twenty-two-year-old tramp during the Great Depression didn’t have to have much reason for what he did.” Unreasonable though the quest may have been, he ended up staying with Hemingway for almost an entire year, over the course of which he became the literary titan’s only true protégé.

Samuelson recorded the experience and its multitude of learnings in a manuscript that was only discovered by his daughter after his death in 1981. It was eventually published as With Hemingway: A Year in Key West and Cuba (public library) — the closest thing to a psychological profile.