Next up, Aaron Rosenberg! 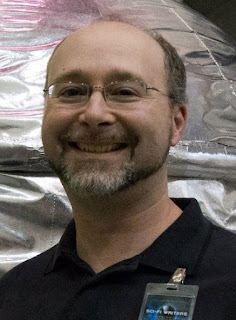 Gone to Ground is the second book in the Systema Paradoxa series. It’s a period mystery, set in the Roaring Twenties, with a bit of a cryptid twist. Trevor Kincaid throws the best parties, and only the most fashionable and elegant get to attend. But when a lady is found dead in the midst of one, all signs seem to point to Trevor himself as the killer. He claims he didn’t do it, and that someone can confirm his innocence—but his supposed witness cannot be found. Can an earnest police detective—and a quiet young woman—discover the truth?

I’ve always loved telling stories, even as a kid. Then, when I was in third grade, I won my school’s Writing Award. The school was K-4, so I actually beat out the fourth-graders for it. Going up and getting that award was the first time I realized that my writing could impact more people than just myself and my family and friends. I was hooked. I still have the plaque, mounted on the wall next to my desk.

I’m a big fan of turning things on their head, taking a standard trope and twisting it around to see what it looks like that way. I also love mythology, so a lot of my stories have to do with gods and monsters but also with the difference between perception and reality, story and truth, legend and existence.

That’s tough because I’ve been pretty lucky so far, both with tie-in work and with my original fiction. There are still some properties I’d love to write for, like Doctor Who or Marvel, but I’ve gotten to write for things like Star Trek and World of WarCraft and The X-Files and Sinbad the Sailor, and I’ve been able to write mystery, thriller, action-adventure, comedy, science fiction, epic fantasy, urban fantasy, dark fantasy/horror, western, and superhero.

On the literary side, Jane Austen and Mark Twain have always been my inspirations—humor, character, and story, plus both perfectly capture their time and place. For genre fiction, I started with Madeleine L’Engle, Ursula K. Le Guin, and Andre Norton, all amazing. Then I expanded to people like Ron Goulart and Douglas Adams and Julian May and R.A. MacAvoy and Piers Anthony and finally Roger Zelazny and Tim Powers and David and Leigh Eddings. 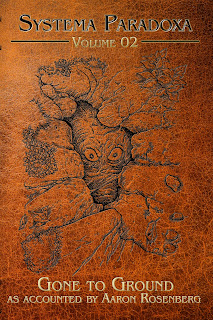 My first OCLT novel—that’s a series of occult thrillers I created with David Niall Wilson—is a novel called Incursion, about a pair of FBI agents who go to investigate murder on a reservation in the Pacific Northwest and find themselves dealing with a killer who is not quite human. I’m still very happy with the book but I’ve done two more OCLT novels since then and so I know the characters a lot better now. That’s just something that happens as you continue a series, though, where people you created who started out a little rough and a little hazy are now in much sharper focus.

Depends upon the kind of writing. Fiction and poetry are heavily on the “art” side. More technical forms of writing are on the “science” side. But I’d say it was more accurate to distinguish between “art” and “craft”—at the one end you have writers who care nothing for standard grammar, punctuation, etc., and are all about the feel of the writing and the emotions and images, while at the other end you have writing that is technically proficient but lacks any of that passion, and of the spontaneity. Fortunately, most writers call somewhere between the two extremes.

Starting the story. That first page is a killer! It’s always tough to get going, because you’re doing it from a standing start. And if it’s a new project, you don’t know the characters yet, you don’t have the feel for the story, you don’t have the pacing down, the rhythm. It’s a lot easier when it’s a book in a series because then at least you’re picking up where you left off, with characters you already know and a rhythm you just have to relearn.

Oh, of course they do. All the time. One way is simply being around other writers, talking about writing—like so many other topics, you sharpen yourself and your ideas and opinions by running them by others, getting feedback, and adjusting to take that into account. It’s also great to be able to bounce specific story ideas off friends, asking, “how does this sound to you?” and knowing they can respond as a fellow writer. And then there’s hearing about their writing, and reading it, and getting to see how they approach certain aspects of storytelling—some of it may be completely different from how I go about things, but it’s still instructive to see, and at times you go, “Oh, that makes so much more sense than what I was doing before! I’ll try that method!”

I’ve already achieved some of what I consider literary success—I’ve written for major properties, I’ve had books released by major publishers, I’ve been translated in multiple languages, I’ve been an author guest at various conventions, I’ve won awards, and I’ve hit bestseller lists. I haven’t hit The New York Times list yet, so that would be a big one for me, and I’ve never had a work optioned for, let alone developed into, a movie or television series. But honestly, my proudest moment as a writer, what I’d say was my greatest success, was at a con a few years back. Someone stopped by my table in the author library, and after I told him about one of my books—No Small Bills, the first book in my SF comedy series The Adventures of DuckBob Spinowitz—he got all excited and said, “that sounds awesome, I need to bring my friend over here.” Then he left. But the next day he turned back up, dragging a friend with him. They came straight to my table and he pointed at my book and said, “There, that’s the one I was talking about, it sounds awesome.” And his friend said, “Yeah, I bought it last year, I loved it—wait, there are two more?” And bought the next two in the series right then and there. It really doesn’t get any better than that.

My next book out should be Bones at Rest, which is the fourth book in my Anime-esque epic fantasy series The Relicant Chronicles. Think Crouching Tiger, Hidden Dragon meets Game of Thrones, in a kingdom where the only remaining magic is literally consuming the bones of your ancestors to access their skills and knowledge. In this book, the characters have to contend with a nationwide event that throws everything into turmoil and inadvertently creates opportunities for chaos and strife. After that is Focal Point, my next OCLT novel, where several members of the team are asked to travel to a small Eastern European country to help protect a scientific installation that’s being threatened—but when they arrive they discover that all is not as they were told, the site itself is wrapped in ancient and powerful mysteries, and things are far stranger and far darker than they seemed. Then I have Crossroads, the fourth and final book in my Time of the Phoenix series, about the immortal Phoenix and his attempts to move through the ages of Man and help foster humanity’s creativity and passion while fending off those who would doom us to colorless uniformity in the name of safety.

You can find me at gryphonrose.com and also at Crazy8Press.com, an author collective I helped found. I have an author page on Amazon, and one on Facebook, and my Twitter handle is @gryphonrose.