Next up, Keith DeCandido! 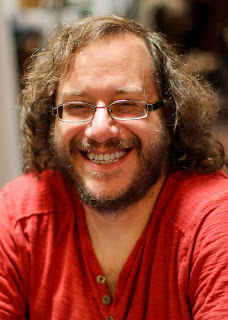 All-the-Way House is part of a series of standalone books about cryptids—monsters of various types from folklore. In my case, the primary character is the Jersey Devil, but other cryptids show up as well. All-the-Way House tells the origin of the Jersey Devil, taking the various legends and stories about that monster that is so popular they named a hockey team after it, and puts a different spin on it. In particular, a big chunk of the story takes place during the week in January 1909 when there were dozens of sightings of the creature in central New Jersey and eastern Pennsylvania.

The book takes place in my urban fantasy universe in which there are supernatural hunters for hire called Coursers, who deal with various issues involving creatures and magic and such.

Well, I was raised by librarians, and reading and storytelling was part of my life from birth. I honestly can't remember a time when I didn't want to be a writer. From as early as I can remember, I was always fascinated by stories and the telling of them, and when I was six I wrote my first book: Reflections in My Mirror. I did it in pencil on construction paper. It was terrible (I was six!), but I still have it to remind me of my roots.

Everything. That's a facile answer, yes, but there is literally nothing that doesn't inspire me to write. News stories. Walking around the neighborhood. Stuff I see on TV. Conversations I have with my family and friends. People-watching.

I have a tendency to be interested in the minutiae of how people survive in the world, even if it's a made-up world. How do people feed, clothe, and house themselves? It's a factor that tends not to be present in far too much fiction, yet it's the most critical aspect of pretty much everyone's life.

I also love to deconstruct tropes 'cause it's fun.

Being consulted on the creation of a movie or TV series based on one of my works of fiction. 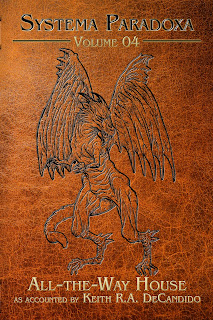 My third Supernatural novel Heart of the Dragon was written in the midst of a very ugly breakup. I wish I could have had one more pass on it when my brain was actually functioning properly.

Oh, much more on the art end. There is some science to it, but it's definitely art, mainly because science requires replicable results and consistency, which pretty much never happens with writing……

Organizing my time. As I type this answer, I've also got a short story to finish, a bible for a series of novellas to finish, a comics script to write, and a novel to finish. Plus, there's that whole eating and sleeping thing, plus we can finally go out and see other humans again. It's a tough juggling act…..

Knowing that at least one reader was touched by something you wrote.

I've got a story in Devilish & Divine that'll be out soon from eSpec Books. Over the course of the next nine months to a year, I should have three new books out: Feat of Clay, the second book in the Adventures of Bram Gold, an urban fantasy series that's in the same setting as All-the-Way House, from WordFire Press; Phoenix Precinct, the sixth novel in my fantasy/police procedural series, from eSpec; and Ragnarok and a Hard Place: More Tales of Cassie Zukav, Weirdness Magnet, my second collection of Key West-based urban fantasy stories, from Plus One Press. In addition, my wife Wrenn Simms and I have launched our own very-small-press publisher, Whysper Wude, and we just successfully funded our first project on Kickstarter: the anthology The Four ???? of the Apocalypse, with alternate takes on the four horsemen of the apocalypse (the four cats! the four lawyers! the four PTA Moms! the four librarians! and so on…) by more than two dozen authors, including Jonathan Maberry, Seanan McGuire, David Gerrold, David Mack, Peter David, Michael Jan Friedman, Jody Lynn Nye, Laura Anne Gilman, Gail Z. Martin, Adam-Troy Castro, and tons more. We're hoping to have that out by the fall of 2021.