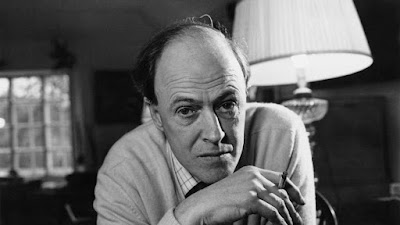 Like a kid-friendly Stephen King, Roald Dahl’s books have proven to be an endless revenue stream for Hollywood, most recently with Robert Zemeckis’ new adaptation of The Witches, but it’s often hard to talk about Dahl without someone coming along to point out that he was an avowed antisemite (internet comment sections were invented for that sort of thing). It’s a dark cloud that has hung over his work for decades, both because his books are so timeless and because studios keep going back to them for new films and TV shows, with The Guardian sharing a primer on the various terrible things Dahl (who died in 1990) said over the years—like, “There is a trait in the Jewish character that does provoke animosity, maybe it’s a kind of lack of generosity towards non-Jews.” and “Even a stinker like Hitler didn’t just pick on them for no reason.”

Now, possibly to get out ahead of it the next time this comes up, Dahl’s family has shared a statement on the Roald Dahl website apologizing for “the lasting and understandable hurt” caused by his antisemitic comments. The family’s statement goes on to say that Dahl’s “prejudiced remarks” are “incomprehensible to us and stand in marked contrast to the man we knew and to the values at the heart of Roald Dahl’s stories.” The statement ends by (somewhat oddly) putting a positive spin on his history of offensive comments, saying, “we hope that, just as he did at his best, at his absolute worst, Roald Dahl can help remind us of the lasting impact of words.”