Next up, Jeff Young! 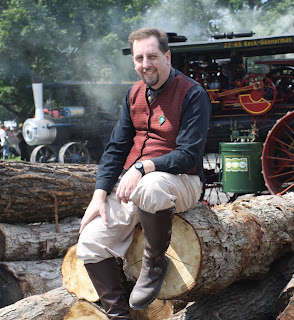 Written in Light, a collection of future-focused short fiction will be coming out in August or September. My second book contains stories that range from the near to far future and cover everyday events to those of galactic importance. I also took the opportunity to explore alien viewpoints as they interact with humanity.

In seventh grade, our English teacher read us a number of horror story collections before Halloween and then tasked us with writing a short story. She was the first of many supportive teachers who kept encouraging me to write. Eventually, I started getting published in small-press magazines, won an award with Writers of the Future and I’ve just kept writing.

Ideas. I like the thought that ideas travel in packs. Sometimes a good story can survive on one idea, but in most cases it's several ideas running together that make a really good story. So, I collect ideas until a group of them come together and flesh out the structure for a story. Then they bay at me like wolves until I write it all down.

One I tend to enjoy looking at is how alien thought and culture must differ from ours. Of course, I can’t write something truly alien, or a reader wouldn’t be able to connect with the character. But, on the other hand, they are not going to react the same way that we are and it’s fun and inspires good ideas when you can run human reactions into the maze that is alien thought. I am always inspired by C.J Cherryh’s aliens like the atevi (Foreigner) or the hani and kif (Chanur Saga) and Larry Niven’s puppeteers and kzinti (Ringworld books).

Write the follow-up book to Roger Zelazny’s Doorways in the Sand. Be given that million dollars to live in a cabin for a year without wifi as in the internet meme- because I would like to believe I could write like a devil…

I like the big ideas, “big dumb objects” and sharp humor of writers like Iain M. Banks, Peter F. Hamilton, Alastair Reynolds and Larry Niven. They are mostly space opera writers who paint with broad strokes on a huge canvas. If I am writing well, I am pushing the boundaries and running with sharp words (instead of scissors.) 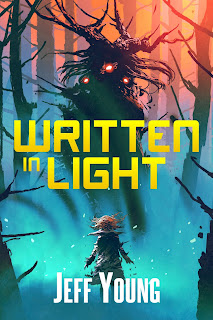 I am working on some of those. The one that comes to mind is something called “The Round the Clock Man” that is a noir story set on a cylinder world and contains elements of voodoo. It was for a shared world project that fell through, so I have the opportunity to reframe it and make it completely my own. There are some slippery bits in the logic throughout because noir is a new thing to me in terms of writing, but it’s something that I come back to and tinker with bit by bit. I think it also has the potential to be a novella instead of a short story as well.

I feel that writing is more of an art. I am not always a plotter, more often a “pantser” (writing by the seat of my pants instead of having an outline) and I think that it’s more of fuzzy thinking aspect that ties to art rather than the neat and orderly expectations that go along with a science. I also like to open up a big world inside a short story in terms of the world building. Why shouldn’t things be widescreen in a smaller piece instead of pan and scan? That feels more like a vibrant piece rather than a refined kinetic one, I would associate with science.

Continuity. I work retail selling books. My schedule is all over the place. It’s not easy to set aside time to keep working on a project. Also, I am just as bad as anyone else when a bunch of shiny new ideas come along, so it generally takes a little longer for me to complete things. However, deadlines, those I can usually hit without a problem.

I really have missed just talking in person with the people who enjoy building the castles in the air out of words. The Covid lockdowns put us all in our own little rooms. Some people found that an opportunity, others, like me, didn’t. I seem to do better when I can talk things over in person and gauge the reactions to ideas in real time. Definitely, looking forward to doing conventions in person as soon as it makes sense.

Since I sell books, the idea that my books are on the shelf in the store where I work makes me feel like I have succeeded in a way. If someone wants to throw money at me for film rights, I would certainly be okay with that as well.

My second book, Written in Light will be coming out in August or September, and you can preorder it now on Amazon or Barnes & Noble’s websites. I’ve also got a story in the anthology Beer, Because Your Friends Aren’t that Interesting due out in the Fall. Finally, I am the editor for the magazine Mendie the Post-Apocalyptic Flower Scout whose first issue should be out soon.

And other author pages on Goodreads, Bingebooks, Amazon, Bookbub and LibraryThing