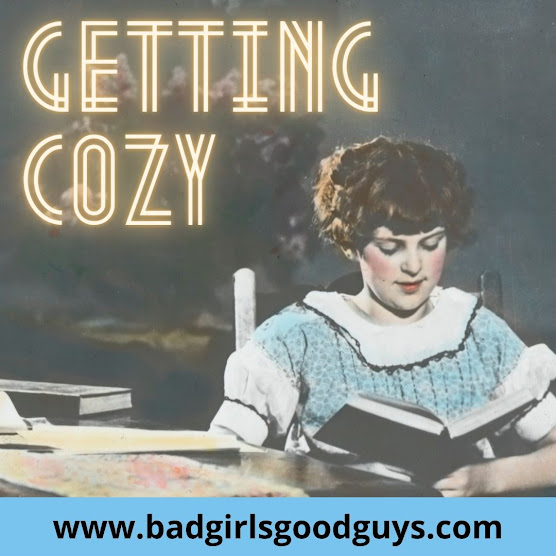 Let's talk about cozy mysteries for the next writer roundtable. This time I'm looking for you mystery writers, particularly writers of cozy mysteries.

What sets a mystery apart (in your mind) as a cozy?

Marian Allen: A cozy has the murder take place off-stage. The sleuth is an amateur detective or, at a stretch, a private eye. Cozies are lighter than not, and the danger shouldn't be TOO acute, or at least not treated as acute. You should always know the sleuth is going to get out of any danger. An animal involved and NOT KILLED is a plus. 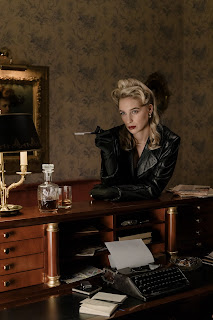 Lucy Blue: I can't think of a better definition than Marian Allen's. All I would add is that usually the murder victim pretty much deserved what they got -- very rarely do good-hearted people get murdered in a cozy.

Ernest Russell: So far, I have tried my hand at one murder mystery. It is a locked-room mystery. The detective never leaves their home. All information about the case is brought to the detective.

The mystery has some marks as a cozy, but it isn't. The detective is sociopathic because of PTSD brought on by one of the other characters. And he is employed by NYPD.

If this were truly a cozy, my detective would be brought to the case in some different ways.

A consultant of a police department, a mutual friend of the victim, or my erstwhile amateur detective is a friend/boyfriend-girlfriend/business partner or perhaps a business relationship. Maybe a case of a letter delivered to the wrong address. I've had lots of ideas on how to get my sleuth involved. The thing is there is usually a light-hearted element in a cozy, maybe humorous, maybe not, but light. A librarian who reads the police report and relates the crime to details of different books perhaps, thus solving the mystery by realizing the various plot points lead to one perpetrator. The main thing is to light-hearted and fun.

What's the most fun part about writing cozy mysteries for you?

Marian Allen: The most fun part of writing a cozy for me is the security of knowing good will triumph and my sleuth will survive. Also: Cozies are allowed to be a bit unrealistic.

Danielle Palli: For me, it’s discovering more about my characters as I go along (and they always manage to surprise me!). If I Didn’t Care is my first cozy mystery, and I wanted to give throwbacks to old-time movies and detective stories (a la the Thin Man and Columbo). So I purposefully added the witty, fast-talking banter between the characters and enjoyed making many of them larger than life, putting them in situations that would never fly in real life. This hopefully provided a fun escape for the reader willing to suspend their beliefs with me for a few hours. The book takes place in 1997 during the tech boom in Manhattan, so for me, it was a stroll down memory lane. Come to think of it, I don’t know that there was any part of it that wasn’t fun!

Ernest Russell: I had a hard time with writing the one mystery. Not eager to try again soon. I worked the story backward. from the victim to the murder method to who had the motive etc. It was one of the hardest things I've written. I need to read a lot more cozy mysteries and get a better feel for the genre and how the clues are sprinkled through the story before I try again. I am far more comfortable with a Race Williams-style story than a cozy. 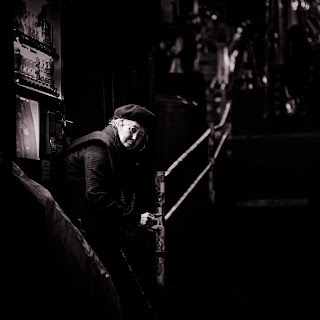 Lucy Blue: I set up a framework of clues to solution before I start writing (working backward from whodunnit and why), but the most fun part is when I discover new clues or better ways to reveal clues as I'm writing, watching the story blossom outward from that framework as it grows.

How much do the cozy mysteries you write have to pass the "Encyclopedia Brown Test" (all the clues are there and the reader can solve it along with the detective) or pass muster for their adherence to investigative procedure (like a police procedural by Ed McBain, for instance)?

Marian Allen: All the clues must be available to the reader, period, paragraph.

Lucy Blue: You definitely have to play fair with the reader--no convenient characters we haven't seen before dropping out of the ceiling in the last scene to be the killer. You can have red herrings; you NEED red herrings; the puzzle has to be challenging. But all the pieces need to be there. But as far as "adherence to investigative procedure"? Um, my "detective" is a 21-year-old silent movie actress who dropped out of college her freshman year and whose primary preoccupation other than her work and her fiance is the Charleston. She just happens to be extremely observant with a deep empathy for other people--the same qualities that make her a great actress make her a great detective. And that's one of the things that's great about cozies; you don't have to depend on "realistic" investigative procedure. Unless your detective is in fact a professional detective or law enforcement professional, in which case, yeah, you gotta get it right.

Danielle Palli: 100/75. I will always play fair by providing the appropriate clues, but I can’t promise I won’t throw in a few red herrings along the way. I want readers to get excited about solving the crime, but the satisfaction comes from having to work at it a little. As far as how honest it needs to be with regards to investigative procedure? For me, it has to be authentic enough not to raise a lot of red flags, with enough wiggle room to be able to put characters into otherwise impossible situations.

Ernest Russell: "Encyclopedia Brown Solves Them All" is where I learned to love mysteries. It was a gift sent to me by my father, who I never met, and I devoured it over and over. If I am reading a cozy this is the style I prefer to read. I am simply confident at this time of my ability to write a good mystery, much less one in that vein. 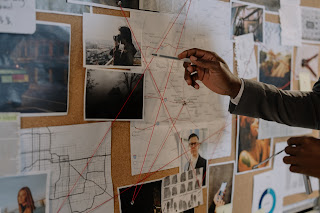 Other than Agatha Christie, who are the "starter pack" writers for readers wanting to dive into cozy mysteries? Who are the best contemporary cozy writers?

HC Playa: I recently started reading a series called Love, Lies and Hocus Pocus. It feels like a cozy mystery mashed with urban fantasy. She's just a librarian wizard who prefers her books and her tea and her cat's company and her miscreant witch friend just insists on dragging her into his antics and then things get weird and she simply must figure out who/what the threat is... then it's all about how to stop them (which is where you leave the cozy mystery part).

I would not have thought that mashup would work, but so far it has.

The main character is female, has no intentions or desire to be a sleuth, but regularly finds herself in situations where she must investigate or research things. Cozy mystery, yes?

Ernest Russell: A current writer I do like is Victoria Thompson and her Gaslight Mystery series. They have a historical setting. 19th Century New York and they are a darker kind of cozy. She doesn't whitewash the period and while her sleuths are 'good' people. they are products of the time. So much for light cozies. LOL!!

The titles in Rex Stout's Nero Wolfe series are good, classic cozies. The descriptions of the meals add a little of that lightness and will make your mouth water too. My partner and I both enjoy them greatly.

Marian Allen: Michael Z. Lewin's mysteries are more cozy than otherwise. One series features a missing persons detective, one features a private eye (not terribly good), and one features a family of detectives in England. One stand-alone is about a homeless man looking for his missing lady friend. Another is about a man who isn't the sharpest crayon in the box trying to figure out what the heck happened and why he's in trouble. Lewin is a brilliant writer!

Lucy Blue: One book I would highly recommend to anybody studying the form is Mark Haddon's The Curious Incident of the Dog in the Nighttime. It uses all the key ingredients of a deductive-reasoning detective plot to tell a much more layered story. The hero detective is an autistic teenager who sets out to find out who murdered his neighbor's dog (yes, it does break that rule, but it does happen off stage before the action of the book starts). And he follows all the same rules as Miss Marple or Sherlock Holmes. Plus it's just a really great novel.