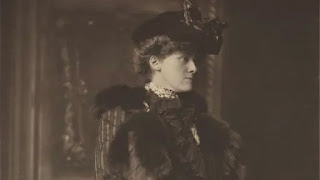 In 1921, Edith Wharton became the first woman to win the Pulitzer Prize for Fiction for her novel The Age of Innocence. This poignant story about 1870s New York society depicts the emotional affair between Newland Archer, a married lawyer, and Countess Ellen Olenska, his wife's enigmatic (and rather scandalous) cousin. The Age of Innocence was serialized in four parts in the Pictorial Review in 1920, and D. Appleton & Company published it in book form before the year was out. Here are some things you might not know about Wharton, a well-traveled Gilded Age socialite who became a literary icon.