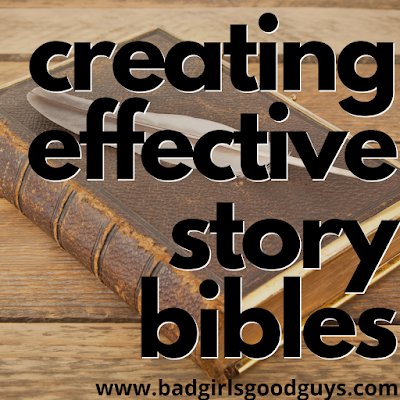 This week, we're going to pull out the red letters for bibles... No, not that kind -- Story Bibles! Some writers love them, some find themselves stifled by them. Some don't like having to use them but find them necessary regardless. This week, we talk about series bibles (or story bibles, as I've also heard them called).

What goes into an effective and efficient story bible? 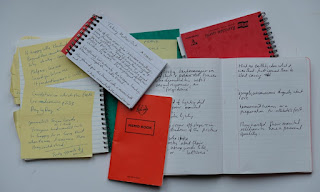 John L. Taylor: I use one even for single short stories, here goes mine. What goes in needs to be three things

A. Character Bios that define their behavior and background to be consistent.

B. the guide to overall tone of each piece and what tropes/themes are hard no's and which are auto includes.

C. The overall arc of the series (if a planned number of stories) and what plot points resolve where and what milestones each character's arc reaches.

Aaron Rosenberg: Premise, setting, characters, theme, tone--anything that needs to be consistent throughout the stories. The more closely tied together they are, the more detail the bible requires. Often, for a series, this includes a timeline of existing events, and that and the character bios are updated as things get added and changed.

Andy Fix: Character basics (personality, physical description, any special abilities/gear character uses regularly, list of supporting characters and relationships to main character, anything that might make the setting stand out.

Gordon Dymowski: A good bible has character descriptions (including relationships and possible backstory), setting, and some examples of what to avoid in writing that particular character.

Bobby Nash: You need to get to know the characters in the bible. This will show the definitive version(s) of the character(s). Changes to that can happen, but this lets all involved start at the same place. Locations, terminology, special skills, equipment, etc. are also shared here. Where they live, work, eat, relationships, etc.

Sean Taylor: Something that a lot of folks don't think about that I really appreciate as a writer is a sort of web that connects the characters' relationships. Who is in love with who? Who doesn't get along and why. That helps me with the deeper, character-driven parts of the story I'm writing.

What shouldn't, but you often see in one anyway? 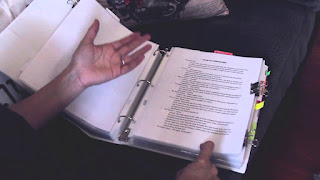 John L. Taylor: A detailed "beat sheet" of exactly what happens when in each piece. If you read the Encyclopedia Brown books as a kid, you get why this is a bad thing, as each book was basically a copy and paste of the first with altered clues.

Aaron Rosenberg: I don't know that there's anything you SHOULDN'T include, it's just that you run the risk of bogging people down with too much detail they don't necessarily need.

Andy Fix: Detailed history of past exploits (unless there is an overarching story arc.)

Gordon Dymowski: A detailed history of the character. (I don't mind links/information about reprints/publications/etc, but it's the writer's job to do the research).

Bobby Nash: No one particular thing leaps out, but sometimes story bibles have too much information, not all of it necessary to write the character(s).

Sean Taylor: The dry, encyclopedia tone. I much prefer it when a story bible can give me a flavor or taste of the writing and the characters' voice, even when presenting the cold, hard facts of the bio and beats.

Is a story bible something you look for before contributing to an anthology or series?

Bobby Nash: If it’s a character I am unfamiliar with, the story bible can prove quite useful. I’ve also found it useful in doing media tie-in work, even if I do know the character. Often, licenses come with a large list of dos and don’ts from the owners of the IP. It’s their toy so they get to tell you how to play with it.

In writing the story bible for The Ruby Files, you and I focused on the characters and their relationships first, then the settings, then types of stories we were looking for. I thought that worked rather well. 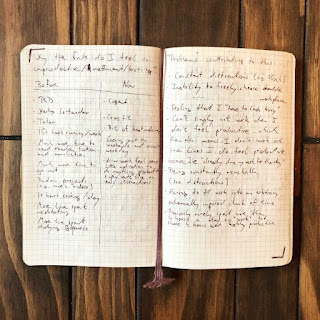 Gordon Dymowski: Definitely - a bible demonstrates that a publisher has done due diligence in researching a character to ensure its viability. Especially in developing a series surrounding a character, since having some continuity and cohesion between writers.

Aaron Rosenberg: For a series, yes. For an anthology, only if the stories are actually tied together. If it's just a thematic link, like "all the stories should be about bards," no, I don't need a bible.

John L. Taylor: Only for series. An anthology can vary in tone each entry. Series fiction like The Executioner or Longarm books that are published under a house name need better consistency.

What's your experience with story bibles? How have they been helpful to you? Or have they?

Andy Fix: I’ve found them extremely helpful in wrapping my brain around a character, which, in turn, helps with figuring out a satisfying story. Fans of an established character are going to want to see certain tropes show up in any given story, and a good bible helps establish what those tropes are.

Gordon Dymowski: I find bibles very helpful when writing - I love having some background as a launching point for further research. It also helps me maintain a consistent tone and avoid a publisher's criticisms. Bibles can be a good guide for writing a character who may be relatively obscure.

Bobby Nash: They are helpful in terms of knowing what the publisher and/or license holder expects. I know that I am working on an IP I do not own therefore I can’t just do whatever the hell I want. Knowing what is expected helps me craft my story. It’s good to know what they are not looking for as well as what they are. As you once told me, and I quote this often, “Don’t blow up Cleveland. We may need it later.” I believe we put something like that in The Ruby Files bible because we were looking for stories of a certain type and they weren’t world-shattering stories like that.

Nik Stanosheck: I don't have one for my anthology, just plot points that need to be hit in each story. For The Vhaidra Saga, I have a story bible in Word and a timeline in Excel.

John Pence: I have only ever written such a thing for TV/movie people, and wrote them specifically for a cocaine attention span. I don’t use them in real life. yet." That drove him crazy.cure as well.

Aaron Rosenberg: When I wrote for Star Trek SCE, the bible was fantastic, and all the authors received regular updates. The bibles for WarCraft and StarCraft were both excellent and very thorough. I've worked on some projects where the bibles were extremely thin and vague, and more confusing than helpful.

Sean Taylor: I've found them very helpful both as a writer and as an editor. It's usually really easy to tell who really used them and who just gave them a cursory glance before writing for you.

John L. Taylor:  I've not had to use one professionally until quite recently and found it quite helpful.

Publishers, do you require story bibles for anthologies? Do you find writers tend to request them?

Aaron Rosenberg: For ReDeus, OCLT, and Scattered Earth, we do have bibles. We update those every so often to make sure they're current, and refer to them ourselves when we do books in those series, to make sure we, too, are staying consistent.

Bobby Nash: I always ask if there is a story bible. If so, I read it and follow those instructions.

Sean Taylor: Any time I'm creating and editing  an anthology, I always create a precursor story bible to help the publisher get the vibe and tone, and then further develop it for the writers.