[Link] A LOVE OF MYSTERY IS WOVEN INTO OUR BIOLOGY, AND EDGAR ALLAN POE WAS THE FIRST TO FIND THE FORMULA FOR A VERY SPECIFIC DOPAMINE HIT 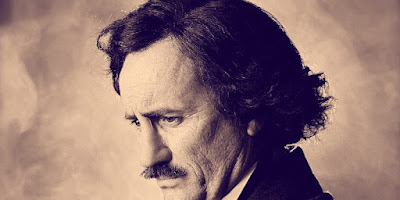 In the spring of 1841, at the age of thirty-two, Edgar Allan Poe decided to write a new kind of short story. At the time, Poe was best known for a magazine column on cryptography in which he dared readers to send him a code he couldn’t crack. He received nearly a hundred secret messages from all over the country. Poe solved them all, except for one. And that coded message he proved to be “an imposition,” a jumble of “random characters having no meaning whatever.”

Unfortunately for Poe, his column only paid a few dollars a page. As his editor observed, “The character of Poe’s mind was of such an order, as not to be very widely in demand.” Poe’s desperate need for money led him to try writing fiction, as he searched for a tale that could pay his rent and bar tab. He gave his first story a salacious title—“The Murders in the Rue Morgue”—and an intriguing protagonist, Monsieur C. Auguste Dupin, a young bachelor living in Paris who is also able to crack the most inscrutable codes.

The story takes place during a recent summer when the evening papers arrive with news of an extraordinary double murder. The mother’s body was found in the garden, “her throat so entirely cut that, upon an attempt to raise her, the head fell off and rolled to some distance.” The daughter, meanwhile, had been rammed up the chimney, killed by brute force. While the police initially assumed the motive to be theft, no valuables were missing. After a lengthy and fruitless investigation, the police concluded that “a murder so mysterious, and so perplexing in all its particulars, was never before committed in Paris.”

Dupin is drawn to the mystery. He tells the narrator that they should visit the crime scene for themselves; perhaps they will stumble upon an overlooked clue. If nothing else, Dupin says, “an inquiry will afford us amusement.”