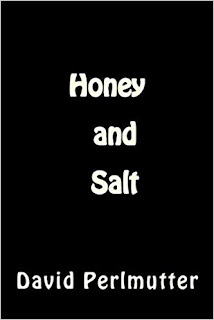 HONEY AND SALT is narrated by Olivia Thrift, a.k.a. the Manitoba based pre-teen super-heroine Captain Fantastic. After filling us in about her background, she then proceeds to speak about her first meeting with the members of the Canadian Consortium of Super-heroines, all of whom are her age or slightly older and based in different parts of Canada. She is particularly thrilled to meet her idol Gerda Munsinger, a.k.a. Muscle Girl, also a Manitoban by residence, and even more so when Gerda befriends her.

However, the joyousness of the occasion is marred when Captain Fantastic's arch-enemy Gridiron Girl arrives and tricks Captain Fantastic into literally fighting a losing battle with her. In doing so, Olivia loses the personal confidence required to sustain her heroic persona, and becomes meek and helpless, saved only from death by the timely intervention of Muscle Girl.

It is discovered that a villainous race of men known as the Merch is responsible for this, as well as the kidnapping of the members of the Consortium en masse when Gerda and Olivia are otherwise engaged. 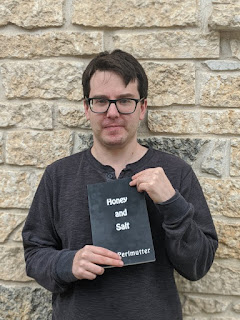 As a consequence, Muscle Girl is forced to call the aid of her colleagues in the International League of Girls with Guns- The Brat, an alien only resembling a toddler; Power Bunny, a truly animated rabbit; Cerberus, the all-mighty Princess of Puppies; and Candy Girl, the Titan of Teens - to help her and a temporarily powerless Olivia set things right.

Yet it will not be an easy task. And before it is over, they may all succumb to multiple kinds of weakness that will destroy them permanently...

David Perlmutter is a freelance writer based in Winnipeg, Manitoba, Canada. He is the author of two books on animation history: America ‘Toons In: A History of Television Animation (McFarland and Co.) and The Encyclopedia Of American Animated Television Shows (Rowman and Littlefield), and five self-published books of speculative fiction: Orthicon, Honey And Salt, Let’s Be Buddies, Nothing About Us Without Us, and The Singular Adventures of Jefferson Ball (available through Amazon Kindle and Smashwords). He can be reached on Twitter at @DavidPerlmutt10, Facebook at DavidKPerlmutterandFriends, and on Substack at https://davidperlmutter.substack.com. His stories and essays can be read at Medium, Vocal and Simily.