Drew Geraci Is In Demand(s) 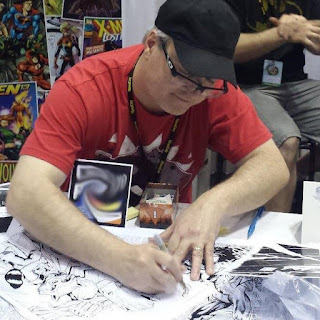 For the past two decades, Drew Geraci has been an inker/artist for nearly every notable comic book publisher in the market. I met him in Chicago at the Wizard World Convention there years ago, and we've kept in touch a bit over the years. So when he became a novelist as well, I figured it was time to showcase him here on the blog.

I just finished my third novel in my prose series The Demands. It’s titled The Demands Book Three: Stagedive.

Initially, comic books, which I discovered age 7. I was so hooked, when I’d run out of comics to read, I began writing and drawing my own. Granted, they were crude, but trying to reverse-engineer storytelling in comics lit a fire in me to create my own stories. Then came prose novels of Marvel characters in the late ‘70s. It was a gateway for me to read non-comics-related novels. One Flew over the Cuckoo’s Nest, Earth Abides, even some of my Grandma’s Agatha Christie novels.

In my teens, I lacked confidence that I would break into comics. Years later, during the comic book speculator era of the early 90s, the bar had been lowered significantly. Comic companies flooded the market so you’d see painfully amateurish work written and drawn by anyone with a pulse. Good comics were greatly outnumbered by very poor knockoffs. Breaking into the industry actually became real to me. I became an inker (ink media artist) at DC Comics. Over time, I applied my discipline to writing. Now that I’m older, I like to think I have a better understanding of how human nature works and try to be more observant. 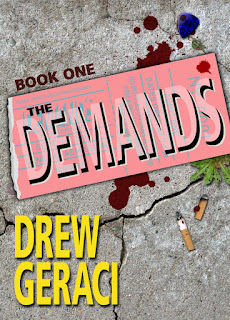 Fun, with a healthy dose of hunger and fear. A lot of it is therapeutic, an outlet to express all flavors of moods. I’ll come up with a crazy or heartfelt situation and let the characters take it from there.

Ambition that flies in the face of common sense. My main protagonist, Laney Kilburn, has the conceit of youth, with energy and smarts to spare, to become an international rock star in the age of beautiful pop stars singing committee-made, homogenized guaranteed hits.

Similarly, there are other characters fueled by ambition, including mobsters who want to climb the ladder to be Top Dog. It would involve a lot of deceit, intimidation, and murder to take out the competition.

It used to be writing comics, particularly the older characters from the 60s. Now, I would want to see The Demands as an ongoing series on HBO or one of the many streaming services. 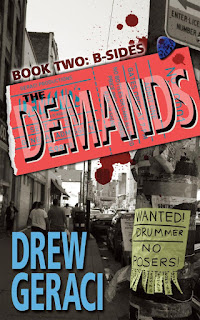 Definitely Mike Baron. Growing up reading both Nexus and Badger comics, I found them fresh and exciting, a welcome departure from the usual comic writing. His characters don’t overreact with melodrama. He has a flair for the absurd that doesn’t take you out of the story. He keeps it straight, not winking to the readers with a ton of footnotes added. It was a total trip to discover this brand new style of comics writing.

Ray Davies of The Kinks is another major influence. He’s one of those songwriters who can write Power Pop with acerbic wit, social commentary and/or humor. He can write sentimental ditties. Also, songs like "Celluloid Heroes" can make you cry. Maybe the most rounded pop music writer ever, even more than John and Paul, who I love of course.

Talk about timing! I’ve taken a step back to revise my second novel, Book Two: B-Sides. I’m making it far less clunky so it flows better. The story won’t be altered but it desperately needs cleaning up. The first two books make me cringe because I hadn’t learned the #1 rule of writing prose is “Show, don’t tell.” I’ll be reworking/improving Book One as well. Then I’ll take a nap.

Skill vs. Talent? I think any form of art, especially commercial art, you can’t be taught unless you have the skill to build upon. The common phrase I hear when someone finds out I’m an artist: “I love your work, I can’t draw a straight line” is a sincere statement. I graduated from the Art Institute of Pittsburgh and I observed who was in it to win it and who was just treated it as a hobby.

It can get very lonely because I have to have silence to write. I can’t even play instrumental music because it’s distracting. Also, I occasionally paint myself into a corner and it takes several rewrites of a chapter to make it right. If not, I simply delete the entire chapter forever and write a better one. 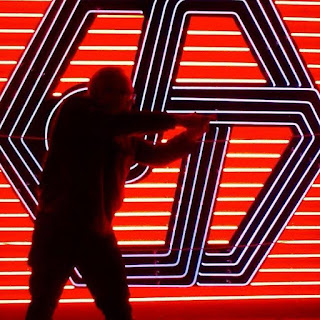 This sounds snobby but I almost exclusively take input from established pros. Pros with a history of selling books. When you hang with just your friends, you get encouragement but that’s about it because none of them have succeeded in that trade yet. I’m fortunate to have made friends with Chuck Dixon, Mike Baron, Bobby Nash, and John Morgan Neal. You don’t have to have pro-writer friends. Writers are always generous about sharing. Learn from the best or you’re just spinning your wheels.

Frankly, sales. I want more people reading my books because I write them to entertain others, not just me because otherwise, it’s simply self-indulgence. I feel that I have a strong hook for my novels. It’s easy to self-publish via Amazon but it’s a double-edged sword because I have to somehow find a wider audience in a sea of new authors.

I’m also on Facebook and Instagram. My site for The Demands includes teaser chapters and more (at drewgeraciauthor.com).