Show, Don't Tell -- Sure. But How? A Description Writing Roundtable 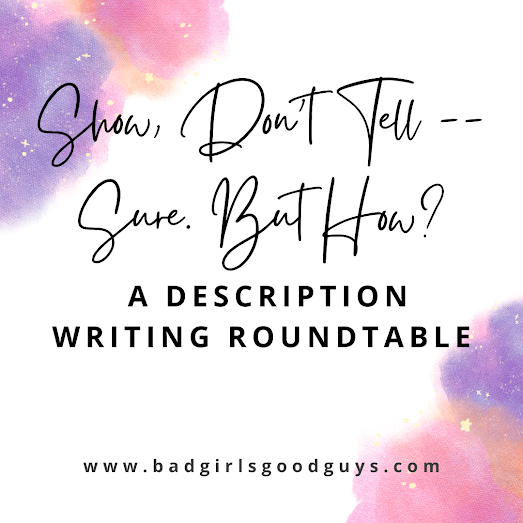 For our next writers' roundtable, we're continuing this week's theme and talking about writing description.

How much description do you tend to put into your work? When is (for you) it not enough? When is it (for you) too much?

Marian Allen: All detail should be "telling" detail -- that is, it should contribute to the scene or to the story as a whole. It's definitely too much if I'm reading it out loud and get bored.

Brian K. Lowe: I try to put in enough description to paint the necessary picture, but leave the rest to the reader's imagination. No matter how you describe a character, everyone will see that character differently (like when you fantasy-cast your favorite book as a movie).

Herika Raymer: I try to follow the adage of 'show don't tell,' but I also try not to pull a Thomas Covenant, where it takes two pages to finish one description. It's a tricky balance, but I do try to be concise while being descriptive. Can be difficult when writing, because sometimes the words used are not 'common'. I have to be sure that whatever words I use are relatively well known. 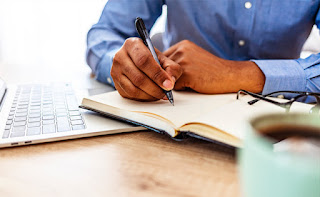 Bobby Nash: I know it sounds like a cop-out answer, but it depends. I like to make sure I’ve set the scene, let the reader know what they need to know. Conversely, there are things I leave less fleshed out so the reader can fill in the blanks. A murder scene, for example, I don’t go into every detail of the body’s condition, the blood, etc. The reader’s own imagination will do the work for me and make the scene even more graphic than anything I could write.

I play it by ear so too much or not enough is based on a gut feeling, I suppose. I want to make sure my readers have the information they need. In a mystery, especially, I want the clues to be in the story for the reader to find. That is important and I make sure it’s there.

Jessica Nettles: I work hard to describe scenes in a way that gives readers a sense of place. At the same time, I’m a lot like Bobby in that it depends on what’s going on or what’s needed. I have had to learn to balance what to describe and what not to describe. I wrote scripts for a while, and had to relearn how to weave in good description when I returned to prose writing.

Ef Deal: When I depict a setting, I try to capture more than the visual accuracy of the scene. I use colors, scents, light and shadow, and furnishings to convey or evoke as much of the emotional freight as I can.

Ernest Russell: I like to write enough description so the reader has something for their imagination to work on, they'll fill in blank far better if I did it right. If particular details are needed, I'll be certain they are in the description.

Let's slice that question a different way. Do you picture the scene in your head as you write it, and if so, how do you figure out which details 100 percent have to be there for the reader to also picture, and which ones are open to the reader's interpretation?

Herika Raymer: Since I usually write with scenes in my head, I can safely say that is exactly what I try to transcribe. To be sure the details are sufficient, I try to read the passage aloud. Either to a test audience or to myself to see if I can recreate the image. Often though, much of it has to be left to interpretation. 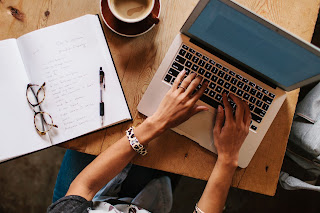 Ernest Russell: Sometimes, I fall into this amazing place where I am merely writing down what I see and hear. It is the most euphoric feeling. My partner/Editor says that can really tell when it happens as they are editing. Most of the time I am struggling to describe the events and trying to figure out the details.

Bobby Nash: I see locations in my head and I describe them as necessary. There are some places where it’s less important to give every detail. If I say, for instance, that Bobby and Sean walk into Bobby’s office, I don’t have to say that there is a desk, two chairs, one bookshelf, overflowing with books and papers, two large area rugs, a mini fridge, a filing cabinet, and a potted plant that hadn’t been water since Bush was in office. Instead, I would mention an office, most readers know what an office looks like and assume certain things are there like a desk and chairs and focus on the important details. In the case above, the overflowing bookshelf and dead plant tell you a lot about Bobby. I can work in the two chairs part when Bobby offers Sean a seat or the mini fridge if he offers his guest a drink. I don’t need to info dump it all at once.

Krystal Rollins: As my husband once said, when he sees me writing, my facial expressions change, as if I'm not there anymore, like an out-of-body expression. I put myself in the scene, like outside looking in. I try to write in the sentence what I see, smell, and feel.

Ef Deal: There's a huge difference between "It was sunset" and "The last of the sun sliced blood-red across the horizon beneath a sky the color of battered flesh" or "A bright red ribbon marked the end of the summer day, and the dark of night settled softly over them along with the heady perfume of the surrounding lindens."

At the same time, I don't want the forward motion or pace to suffer from overwriting, so sometimes I have to wait until a scene is finished to find out what is necessary and useful.

Jessica Nettles: I do see most scenes in my mind. The way I avoid over-describing is by considering what the central character in the scene sees and is experiencing in that moment. So if my character is at an airport waiting for her plane to be refueled, she’s going to probably see the workers taking care of her plane and the hangar area where she parked her plane. She may also notice that guy in the gray suit who is out of place and pointing a pistol at her. She won’t notice the other planes or the coffee pot inside the hangar.

How do you determine the type of description needed for a scene (visceral, setting details, physical characteristic details, internal details)?

Brian K. Lowe: Different scenes demand different levels of description, depending on the scene; an action scene depends more on its rhythms than description, for example.

Jessica Nettles: I determine what sort of description by focusing on what I need for a scene. So do I need to amp the tension? Is the plant life part of what will happen in the scene? Is a character frying green tomatoes? All of those things make a difference as to how I will use description.

Ernest Russell: The genre, type, mood of the story determine what kind of details. Action stories for me, usually have shorter, tighter descriptions. Horror will be more visceral, more metaphors as examples.

Ef Deal: In a first draft, I usually just push through the scene doing the blocking and dialogue, and I come back to flesh out the textures.

Herika Raymer: Details to be described depending on the effect I am looking for. If it is atmosphere, focus more on the surrounding. If it is how a character is viewed or how their actions are perceived, then focus on the character, how they look, and what reactions are around them. The description essentially puts something in the spotlight, and the author decides what is in the spotlight. What becomes tricky is when something may be going on in the background that is pertinent but the author does not want the hint to give away anything major.

Bobby Nash: Part of that depends on the POV the story is being told from. In the scene I mentioned in the last question, if Bobby’s POV, there’s less about the office’s layout since he knows it well, but I might have him upset that the fridge wasn’t stocked or have him mention how hard it is to find his keys in all this clutter. If from Sean’s POV, he would note that Bobby is a slob, might comment on the stacks of papers everywhere or the dead plant. The type and amount of description changes depending on who’s describing it.

What tools (if any) do you use to help you create description for your work?

Bobby Nash: Picturing the room helps. If it’s a place I will revisit again and again, maybe diagraming it or using photo reference to build the set in my head, so I am consistent in my descriptions. On Sean’s second visit to Bobby’s office, he might comment that the dead plant is missing and has been replaced with a fish tank and now Sean is worried if the fish will have better odds than the plant.

Marian Allen: Sometimes I draw a floor plan or landscape plan of the place I'm thinking of and let that dictate business/thought, as in, "She went up the stairs one at a time. She could do two at a time, or even three -- she was sure she could do three! -- but she was too much of a lady." Whatever. Weirdly, although I VERY seldom do detailed descriptions, I've had more than one person describe, in detail, the setting after they'd read a scene. 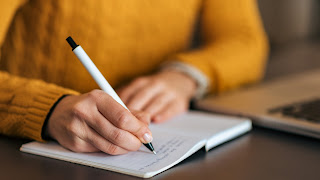 Ernest Russell: If I'm getting stuck, I'll go look it up. If it is a halfback I'll pull the manual. An aircraft? Video of it in flight. A Viking settlement? Archeology texts.

Sometimes writing prompts or sites that offer descriptive prompts. Reading, since the more you read of types of genre, fiction and nonfiction, adds to the breadth of turns of phrase.

Carry a notebook and jot cool things you hear down.

Above all, language is fun; mix it up and enjoy.

Jessica Nettles: I use photos (especially for historical places and clothing), personal experience, and maps (real maps and also maps of the scene). I also use art and even music.

Herika Raymer: Since I am a visual person, I usually try visual aids like pictures and videos. If I think other senses should be used, like sound or taste or smell, I try to find descriptions similar to what I am looking for to help me transcribe what my mental image depicts.

Krystal Rollins: My concern us too much or a run-on sentence. Not enough information would make the reader bored. Too much or too little? Add in what my character is thinking.