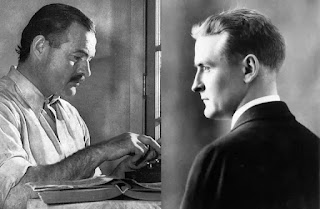 In the spring of 1934, just before dispensing his finest advice on writing and ambition to an aspiring writer who had hitchhiked atop a coal car across the country to see him, Ernest Hemingway (July 21, 1899–July 2, 1961) received a request for input by a writer far less unknown: his old pal F. Scott Fitzgerald. Despite their divergent politics and worldviews, the two had become fast friends a decade earlier and corresponded with uncommon candor about their convictions, their struggles, and the intricacies of their common craft.

Fitzgerald, who had taken a nine-year addiction-aided hiatus from publishing after the success of The Great Gatsby, had just released Tender Is the Night and was turning to his old friend for feedback. Hemingway did not hold back — he fired a missile of tough love not nearly as polite as Beckett’s, not nearly as intellectually elegant as Margaret Fuller’s, and yet absolutely brilliant and brimming with sobering advice for any writer.