[Link] Is this the most powerful word in the English language? 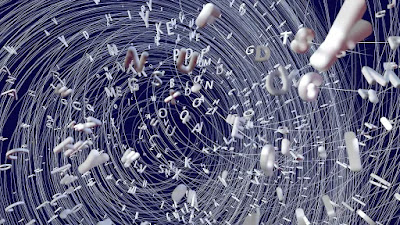 The most commonly-used word in English might only have three letters – but it packs a punch.

‘The’. It’s omnipresent; we can’t imagine English without it. But it’s not much to look at. It isn’t descriptive, evocative or inspiring. Technically, it’s meaningless. And yet this bland and innocuous-seeming word could be one of the most potent in the English language.

‘The’ tops the league tables of most frequently used words in English, accounting for 5% of every 100 words used. “‘The’ really is miles above everything else,” says Jonathan Culpeper, professor of linguistics at Lancaster University. But why is this? The answer is two-fold, according to the BBC Radio 4 programme Word of Mouth. George Zipf, a 20th-Century US linguist and philologist, expounded the principle of least effort. He predicted that short and simple words would be the most frequent – and he was right.

The second reason is that ‘the’ lies at the heart of English grammar, having a function rather than a meaning. Words are split into two categories: expressions with a semantic meaning and functional words like ‘the’, ‘to’, ‘for’, with a job to do. ‘The’ can function in multiple ways. This is typical, explains Gary Thoms, assistant professor in linguistics at New York University: “a super high-usage word will often develop a real flexibility”, with different subtle uses that make it hard to define. Helping us understand what is being referred to, ‘the’ makes sense of nouns as a subject or an object. So even someone with a rudimentary grasp of English can tell the difference between ‘I ate an apple’ and ‘I ate the apple’.

But although ‘the’ has no meaning in itself, “it seems to be able to do things in subtle and miraculous ways,” says Michael Rosen, poet and author. Consider the difference between ‘he scored a goal’ and ‘he scored the goal’. The inclusion of ‘the’ immediately signals something important about that goal. Perhaps it was the only one of the match? Or maybe it was the clincher that won the league? Context very often determines sense.

There are many exceptions regarding the use of the definite article, for example in relation to proper nouns. We wouldn’t expect someone to say ‘the Jonathan’ but it’s not incorrect to say ‘you’re not the Jonathan I thought you were’. And a football commentator might deliberately create a generic vibe by saying, ‘you’ve got the Lampards in midfield’ to mean players like Lampard.