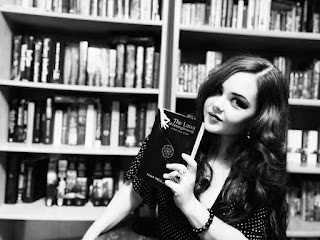 This month I'm following up the previous series (eSpec Books) with a new one -- this time the amazing writers of Mocha Memoirs Press. Meet Maya Preisler!

The Laws of Entanglement is a ghost story about love after death and how love teaches you about yourself. It’s Donnie Darko meets Practical Magic.

Honestly, trauma. Writing has always been a form of escape; a safe place to explore myself, relationships, emotions… anything that I might feel nervous expressing in my waking life.

Life, usually. There have been definite moments that I’ve made note of and said, “This is going to be a story one day.”

The red string of fate, ravens and crows, love transcending death, returning from the dead, vengeance, empowerment, and transformation.

I’d love to write a short story for one of the Valdemar anthologies; it would be an honor to contribute to the world of Velgarth. Of course it would be a childhood dream come true to write for Star Wars. Otherwise, an epic Xianxia style fantasy series. 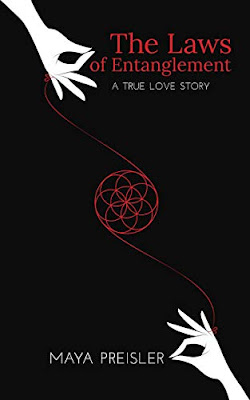 Probably one of the fantasy novels I was writing in high school; The Children of Compromise. The concept of gods stealing each other’s children to raise as their own is still fascinating to me. Though I think this time I would delve into the intergenerational ramifications of colonization and the conflict of being a product of both sides; my protagonists wouldn’t be the children of Welsh deities stolen by the British ones, they would likely be the children of the Americas, Africa, India, and any place the British Empire once held hold.

I would rank it on the art end of the continuum. As a visual artist, my best training in the language of symbols came from my high school English teachers. Whether you are creating static visual art, a time-based piece such as film, or a written piece — the level of complex thought and multi-layered communication is the same. Science is a method; a system for analyzing the world around us in ways we can all agree upon. Art is language; a form of communication of complex ideas.

Prioritizing creativity. I tend to place everything else in my world first. The drawback of being a professional creative is that my own personal projects tend to be pushed so far to the back burner that they fall off the stove and live underneath it with the dust bunnies.

Peer pressure. For the longest time, I was under the delusion that I could either be a visual artist or a writer, but not both. Unfortunately, writing is contagious. Authors love to hang out together and goad each other to write and submit things. And the next thing you know you’re signing each other’s books. True story.

Having my own category of Fan-Fiction on AO3. At the point that people love your creation enough to want to play in their sandbox instead of their own, you’ve left a mark on the collective unconscious in a positive way.

I always have something brewing. Right now I’m working on an actual play Star Wars RP podcast as well as a sequel to and a parallel universe exploration of The Laws of Entanglement.