With a licensing agreement with the Heirs of Norma Dent for anthologies of all new stories of characters created by Lester Dent, Pro Se Productions proudly announces that submissions are being accepted for THE NEW ADVENTURES OF THE BLACK BAT. 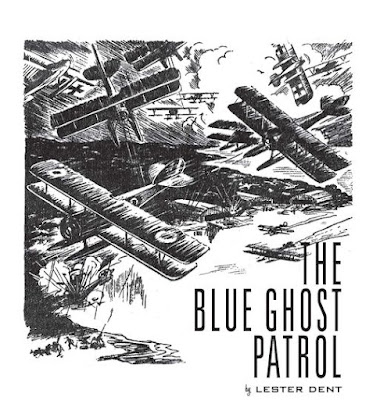 “Yes,” explains Tommy Hancock, “there is a third Black Bat from the Pulps, and this one is not only an aviator involved in espionage, but he happened to be created by Lester Dent! Although he’s known for being the genius behind Doc Savage, as well as other known characters, this one came as a surprise even to me.  Although not immediately considered a writer of aviation pulp, Dent’s early career is peppered with the publication of such tales in various pulp magazines. The Black Bat starred in just one of those stories, but even in that brief tale, Dent introduced a mysterious character whose face was unknown to anyone that took his spying and fighting to the airways! This is such a fun character for writers to get an opportunity to be a part of. Dent packed a lot of style and details on this aviator hero into one tale while also leaving a lot of room for writers to explore while respecting the original work.”

Writers interested in proposing for one of the six slots available in THE NEW ADVENTURES OF THE BLACK BAT should contact Hancock at editorinchief@prose-press.com to request the bible for the anthology. Proposals must be 1-3 paragraphs long and must include the entire plot of the story, these are not elevator pitches or back cover blurbs. The stories should be approximately 10,000 words and payment will be on a royalty basis.

For more information on this announcement, email editorinchief@prose-press.com.