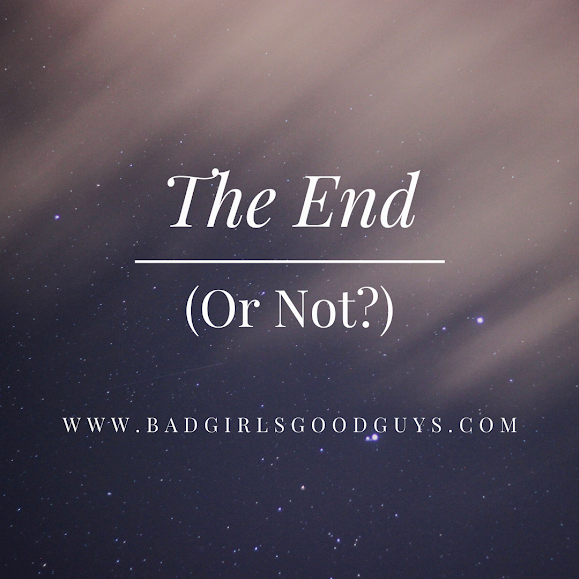 It's a really simple question this week for the writer roundtable.

Do you write "The End" when you finish your story?
If not, what, if anything, do you do?

Personally, I tend to use marks I learned in the magazine and newspaper business, where I was taught never to write "The End" after an article, but to indicate it with hash marks or "-30-" instead.

But enough about me, what do you do and why?

John Linwood Grant: Really simple answer: If there's a 'hanging' final sentence which implies more, but that's not part of this particular story, or if there's any question of there being another 'theoretical' page, I mark it to show they have the full copy.

Tamara Lowery: I don't unless I intend the story to be a stand-alone. Most of what I write are parts of a series, though.

Gordon Dymowski: Unless a publisher asks for it, I omit it.

Maya Preisler: I try to write an ending that brings a sense of finality, whether through repetitive language or circular storytelling, or both. I want my reader to reach the end and have a sense of completion and just enough closure to feel satisfying.

John French: Unless the editor who asked for the story requires it ends with The End, That's all folks or something like that, I just end it without comment.

Jamais Jochim: I don't type anything, although I have debated :30:.

Lonni Susan Holland: Same here and I do like the idea of -30-. 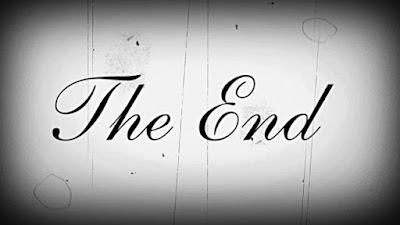 Brian K Morris: I write "THE END" when I conclude the first draft, leaving it for the editor to take it out or not. I used to type "--30--" as I'd been trained to do in my newspaper days. This practice continued until non-newspaper educated (or should I say "paper trained?") editors would grill me like a murder suspect as to the meaning of the number.

John Morgan Neal: Ya know, I honestly don't know. Both?

Bobby Nash: I write The End.

Susan H. Roddey: I usually do (or put some snarky variation thereof) because it's symbolically done for me. Whether the publisher chooses to use it or not is up to them.

Barry Reese: I type THE END every time.

Ruth de Jauregui: Bitter is the start of a series, so I end with "Until next time..."

Danielle Procter Piper: No one jumps out and says, "The End" after an event in your life concludes. No one recalls events in their life and says, "The End" every time they talk about them...unless they're five years old or trying to indicate what was related is beyond further discussion. So, no, I don't state the obvious at the end of my books. That, and who knows? Maybe it's not over. Maybe I'll write a continuation one day.

Matt LaRock: I've always thought it was kind of stupid but then from time to time I find myself writing it on the last panel of the last page. lol.

HC Playa: I now don't remember and feel the need to pull up all my manuscripts. 😳 I think I do, but not certain

John Pence: Depends on the piece; sometimes it needs a “the end,” and sometimes that would be a terrible idea. I also like a good “fin” or in comics, “fin du chapitre.”

Charles Gramlich: I never put "The end." The lack of any further words seems clear enough. And published books have no such statement

Ernest Russell: I just end the story. Many times, particularly with my short stories it isn't "The End." 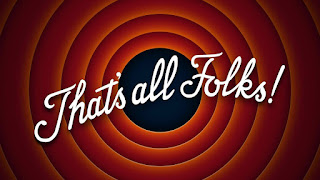 Mark Barnard: I don't until they go to audiobook versions, where they frequently request you add that on short stories. Ran into that a lot as a narrator.

Peter David: I write three hashtags because that’s how you end newspaper stories and it stuck.

Bob Ingersoll: I end my “The Law Is an Ass” columns with — 30 — because that’s how newspaper reporters indicate the end of the story in copy that is being submitted for editing.

Bernadette Johnson: I just end the story. Usually with dialogue.

TammyJo Eckhart: Nope. I don't think I've ever typed or written "The End" unless it was when I was little. That doesn't mean that I think it is a childish thing to do, I just haven't felt the need to do so nor was I taught to do so.

Ed Keller: A Creative Writing teacher of mine encouraged all of us to be as “unique” as possible in what she referred to as our “sign-off.” So, I stole a line from Chuck Berry’s song, “Little Queenie” and ended every story with “Meanwhile, I was still thinking… !” I no longer do. I just stop writing.

Lucy Blue: I type "the end" because I started submitting stories when that was a necessary component of pro formatting. It doesn’t have any particular emotional or artistic resonance for me.

Van Allen Plexico: I put the date I finished it.

Elizabeth Donald: Nope. They’ll know the story is over from the sobbing.

Jessica Nettles: No The End. However, if I ever write something that resembles a French New Wave film, I will end with Fin.

John Hartness: I do because I write in series and it's important to let the readers know that an episodic story has reached the end of an episode.

Aaron Rosenberg: I do write "The End" at the end of each book. It is symbolic, absolutely--it's my cue to myself to put the manuscript down now, at least until I can read back over it. Otherwise, there's always the danger of wanting to add just a little bit more. 🙂

Ef Deal: I do. Probably because I obey rules, and good manuscript format guidelines always say to write it, I suppose because that way the editors aren't looking for the next page that may have gone astray. Kind of like the time tv stations didn't bother showing the last season of Briscoe County, Jr., because Briscoe and Bowler got executed at the end of the previous season, and they figured that was the end. Half the fans in America were left stunned.