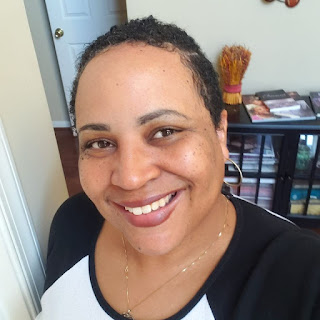 This month I'm following up the previous series (eSpec Books) with a new one -- this time the amazing writers of Mocha Memoirs Press. Meet Lisa Wood!

Telecommuting is a psychological horror novella from Mocha Memoirs Press that shows the unsettling side of being alone.  It is particularly hard-hitting considering the state of the world and what many people experienced in the beginning months of the pandemic.  It is dark, it sits too close to home, and it is scary.

Birth.  😊  I have been writing since I was five years old and always strayed toward the darker side.  Not so much the blood and gore, but the psychological twists and turns.  This has made me a fan of thriller novels and suspense, as well as horror for as long as I can remember.  I can’t recall reading anything like that when I was young, but the moment I sat down to write, that is what came out.

Everything!  I write regardless of my emotion at the time; my stories don’t usually lend themselves to that kind of introspection.  I can find inspiration, motivation, and interest in the rain, the look on someone’s face when they don’t know anyone is watching, a song lyric.  I never know when inspiration will hit and that is one of the things I love most about my writing process.

I like ghosts and vampires so I tend to use those antagonists often.  Psychological horror is often about an internal struggle, so I find that I like to play in that space as well.  Otherwise, I really like to mix things up and try new things.

The next project is my dream project!  I tend to fall in love with the current thing I am working on and nothing else matters or can ever measure up until I type "The End" and meet the next love of my life.

Ira Levin.  Anyone who has not read Levin and decides to after this interview is in for a treat.  You only think you know The Stepford Wives from the movie.  Wait until you read it.  His voice is so compelling, you don’t even realize that you’ve made it through most of a book in one sitting.  I would also add Shirley Jackson for her ability to make something so incredibly creepy that you almost feel like you can’t sit still in your chair any longer.  And Stephen King for confirming that I was not the only person who wondered what was wrong with the crack in the sidewalk when everyone else was walking over it without a care in the world.

I don’t believe in going back – when you do that you are changing what was right at the time.  A novel that doesn’t come together is that way for a reason – perhaps there was more research needed or maybe you weren’t ready to write the novel at that time.  Maturity, new experiences, all sorts of things impact how a story comes out and if you go back to “make it better” you are destroying the thing that made it what it was the first time.  That doesn’t mean that you don’t revisit projects or ideas but I believe that one should do so with the understanding that they are creating something brand new in the process. I don’t normally go back, but I have taken pieces of something that just wasn’t right and used them later, putting them where it probably belonged all the time. 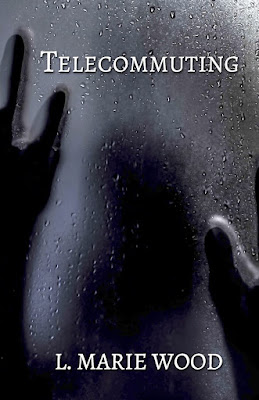 Writing is an art – it is imprecise and immeasurable – metrics fail when applied to it.  It is creative and impulsive and unique to each person.  Art is life and life is art.

I think that varies for everyone.  I try to embrace every step.  If an idea won’t come, it isn’t ready to; if I can’t find the words one day, I’ll come back when I can.  I don’t force it so I don’t find it difficult.  That’s not to say that I like editing!  LOL!  But there is a beauty in editing as well.  I can often add 5,000 new words to a piece that I was supposed to just be editing because they fit.  I think the artistic process is only hard when someone forces themselves to do something.

I don’t think they make me a better writer, but they are the people who understand me when I say I am in the middle of something or if I daydream in the middle of a conversation.  The people in my life who don’t write understand that now as well, but it took some time.  I view my writer friends as people on the same path as me – we don’t need to talk about the rock in the road ahead because we both see it and will sidestep it when necessary without needing to say a word.

Knowing that my work has impacted someone, brought some kind of emotion – that is literary success.  Having the respect of my peers as well.  There’s a feeling that comes with experiencing those things that cannot be described.

Yes!  Mocha Memoirs Press and I are coming out with a realistic horror story in early 2022 called The Black Hole.  It’s a novella about a group of friends who go out for some much-needed stress relief and get more than they bargained for.  Before that part two of my The Realm series will be coming out – this one is a psychological horror sci-fi action mashup that keeps you on your toes as you move through an afterlife that is unlike anything we have ever conceived of, rushing alongside Patrick as he tries to save his family in a race against time.  Fun stuff!