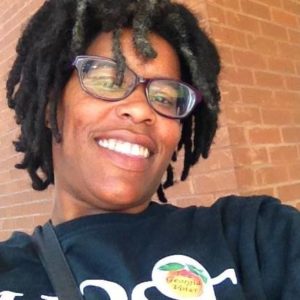 This month I'm following up the previous series (eSpec Books) with a new one -- this time the amazing writers of Mocha Memoirs Press. Meet Alledria Hurt!

My current work in progress started with one sentence: You are always outlawed until you’re needed. It’s the story of the last necromancer left after a culling and how she gets drawn into a royal scandal by being asked to bring a dead princess back to life. That’s tentatively titled “Holy Land”.

The most recent piece I sold was a cyberpunk romance called “Dreamless” which is a story set in a world where human beings have to be assisted to dream because they have become essentially 24/7 consumer drones. It’s a little weird, but it was fun to write.

But my latest published work came out last year (2020) that's "ALICE". Sometimes the one you need most is your mother. Alice is a superwoman in the middle of a zombie apocalypse leading a band of misfits to where she thinks the end of the trouble will be in the East. There are zombies and a cult and even an Elder God.

Some kind of dark unmentionable trauma I’ve fully repressed, I’m sure. Or it could just be I was always praised for being able to string words together. Something like that. I had a teacher who assigned a creative portfolio in my 8th grade year and she said I had a very good head for prose and thus I started thinking, maybe. It would take a few years and a good natured dare before I would write my first book. It’s a trunk novel that I don’t even want printed posthumously.

A lot of things. Mostly the gremlins in my brain. There are many and they have a desire to have their adventures told. So I’m really a glorified scribe for my imaginary friends. It’s a lot of fun. 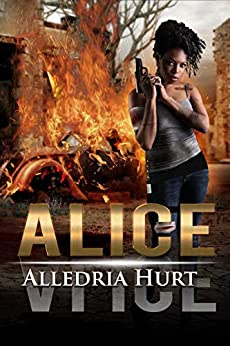 I revisit family, both found and blood, a lot. I’ve had the good fortune to be blessed with a fine blood and found family over the years and think those dynamics are really fun to watch play out.

Funny you should ask that, my dream project is usually whichever project I’m working on because my dreams keep running and I keep chasing them down. However, if I had to say there is a project that I don’t feel ready to tackle yet, it would be an opus like the Dark Tower saga from King. I’m not ready for that yet, but one day I will be and then there will be an epic written with my name on it.

Definitely Stephen King because I’ve probably been reading him the most consistently of anyone who I have read. I started on my King journey when I was eight years old, much to my mother’s dismay. Other writers I have unabashedly fangasmed over: Anne McCaffrey, David Eddings, and S.M. Stirling. I actually had the honor of meeting S.M. Stirling once. I hope to meet King one day.

I honestly wouldn’t because I believe my projects are all part of who I was at the time they were written. Not quite fossilized, but like museum pieces. I can see their flaws and their virtues, but changing them would intrinsically change the piece itself. Now, would I take some of the underlying bones maybe and make them dance to a different tune, perhaps, but I wouldn’t go into it trying to fix something I already wrote.

I believe writing is an art with some science underpinnings. I mean, the way we construct sentences and paragraphs and overall stories is repeatable in the way a science experiment is repeatable but despite that repetition, you would still come out with something a little different each time. It’s like observing it changes the outcome. The piece being read by a different person changes the perception. Therefore, writing like medicine is as much an art as a science. 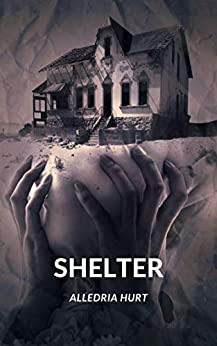 My writer friends remind me that I am not alone in doing the work. Sometimes, it certainly feels that way, but I get together with

them about once a week and we shoot the breeze and talk about our projects and use each other as Kleenex for our pity parties. However, on the flipside of that, I get more work done with these others around me than I truly ever did on my own. Plus, my writer friends introduce me to neat opportunities to talk about my work and myself, so bonus.

Wow, for a girl who never thought she would get the first book published, having more than ten out feels like success. Speaking at DragonCon which was the first convention I ever went to and the convention I had on my bucket list to speak at feels like success. The bar is moving, I’d like to make enough to write full-time and run my bookstore, but I’m not there yet, so literary success at this point is winning an award like a Hugo or a Dragon and making enough off my writing life I can afford to give up part of my non-writing life.

At current, my upcoming project is my bookstore, Sista Ghoul Booktique, which is currently a pop up bookstore in Savannah, GA. I’m working on getting inventory in for it now. I love reading almost as much as I love writing and I want to share the work of my friends, some of whom may never be in a bookstore, with others. You can check it out at http://www.sistaghoul.com.

You can catch me on Twitch a lot of mornings as NoirLadyLuck -- http://www.twitch.tv/noirladyluck

Or drop me a line through my bookstore at http://www.sistaghoul.com