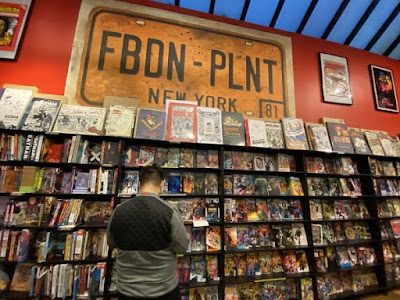 In a move that will likely transform the distribution of comics periodicals in North America, Penguin Random House Publisher Services has reached an agreement with Marvel to distribute its periodical comics and graphic novels to the comics shop market, also known as the direct market.

PRHPS will offer Marvel comics to retailers on nonreturnable wholesale terms. The comics shop market is a network of about 2,000 independent retailers around the country that traditionally bought their inventory from Diamond Comics Distributors, the largest distributor of periodical comics in North America. Direct market retailers generally buy most of their stock nonreturnable at wholesale prices. Comics shops sell a mix of periodical comics, graphic novels, prose books and pop culture merchandise.

Marvel’s new agreement with PRHPS follows the unexpected departure of DC from Diamond in 2020. The new distribution agreement means that the Big Two of American superhero comics—Marvel and DC—which are also Diamond’s two biggest accounts as well as pillars of the direct market, have left Diamond Comics Distributors. It is unclear how this will impact Diamond and the comics shop market going  forward but it does mark the end of Diamond's dominance of periodical comics distribution.