PUBLIC DOMAIN CHARACTERS: A USER'S GUIDE -- YOU CAN TRY... BUT SHOULD YOU? 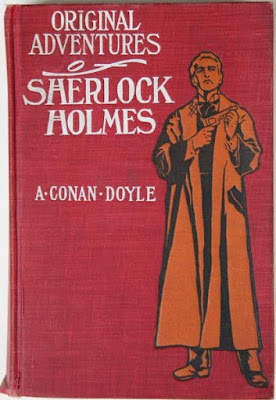 One of the running themes in the discussion of public domain characters are the technicalities about public domain versus trademark. This is a surprisingly hot button issue for some people, so I will try and explain why the argument is, in my opinion and experience, fairly silly.

There are characters whose stories have fallen into the public domain. This has led some to believe that the characters are openly available to free use. Sorry, this stuff, like life itself, is not that simplistic. Let's walk through an example.

One of my favorite heroes is the original Nick Carter. I’m not interested in his secret agent days and have limited enjoyment of his private eye days. No, my enjoyment is from his earliest days, when Nick was a heroic dime novel detective in the late nineteenth century. Over the years I read many of these stories and found the character among the best adventure protagonists of an interesting era.

With this in mind, I can tell you that his original stories are public domain. They fall well into the legal definition. So, does that mean I can write him free and sell my own Nick Carter tales?

Nope, nyet, non, and a big heck no. What the above means is that if I find a copy of one of his early adventures in the original form, not someone else’s reprint, I can reproduce that story exactly. The story is completely available for sale if I reprint it, but that is where my part ends.

You see Nick Carter, in all his forms, is a trademarked character owned completely by Condé Nast. There are elements of the character they specifically own and you may not use them under any circumstances. To do so will result in swift action by said company starting with a cease and desist letter and followed by a threat of a lawsuit.

Trademarks are less powerful bindings as creative rights, but they do exist. They are the power many big corporations like Disney plan on invoking in the future. 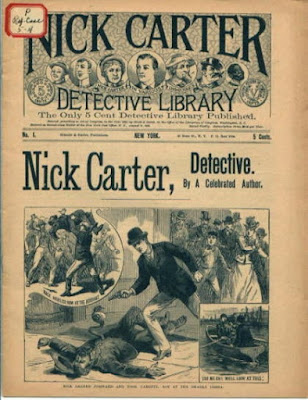 Now we come to the title of this essay… You can try, but should you? Many people who read the above will protest that you, as the fiction writer, can fight for the right to use the character. This occurred when people filed lawsuits fighting for the right to use Sherlock Holmes. This court battle was an interesting one that dragged on for several years.

The result was that much of the World’s Greatest Detective was declared public domain and therefore free to use, even regardless of trademark claims. Certain elements were still held by the Conan Doyle estate, but the majority is open to the public. This was a landmark decision, one in which I benefited recently.

However, we return to the question… You can try, but should you? You do have the right to fight for characters whose stories may or may not fall into the public domain, but is it worth your efforts? Remember that in many of these cases, your character’s trademark rights are held by a big company like Condé Nast. These people have the lawyers and resources to fight for their rights as well as the time to drag out their efforts in the courts.

Now, if you are someone whose bank account can afford the time, cost, and efforts that would go into a lawsuit over a character, you can go for it any time. In the case of Sherlock Holmes, the character is one of the most popular and beloved worldwide. The market was already present even if the win wasn’t assured at the start of the fight. While I adore Nick Carter, the fight would cost me and pretty much anyone else more than the character’s worth.

This now comes full circle. While a trademark is not as strong or as legally powerful as creative rights, the effort in fighting for your chose piece of fiction may be a climb as unobtainable as a proverbial Mt. Everest. While the climb is possible for some, the cost may be more than most bodies can bear.

Frank Schildiner is a martial arts instructor at Amorosi’s Mixed Martial Arts in New Jersey. He is the writer of the novels, THE QUEST OF FRANKENSTEIN, THE TRIUMPH OF FRANKENSTEIN, NAPOLEON’S VAMPIRE HUNTERS, THE DEVIL PLAGUE OF NAPLES, THE KLAUS PROTOCOL, and IRMA VEP AND THE GREAT BRAIN OF MARS.  Frank is a regular contributor to the fictional series TALES OF THE SHADOWMEN and has been published in FROM BAYOU TO ABYSS: EXAMINING JOHN CONSTANTINE, HELLBLAZER, THE JOY OF JOE, THE NEW ADVENTURES OF THUNDER JIM WADE, SECRET AGENT X Volumes 3, 4, 5, 6, THE LONE RANGER AND TONTO: FRONTIER JUSTICE, and THE AVENGER: THE JUSTICE FILES. He resides in New Jersey with his wife Gail who is his top supporter and two cats who are indifferent on the subject.

NOTE: This article was originally posted at Bibliorati. It is reprinted here by permission.
Posted by seanhtaylor at 4/27/2021 11:00:00 AM