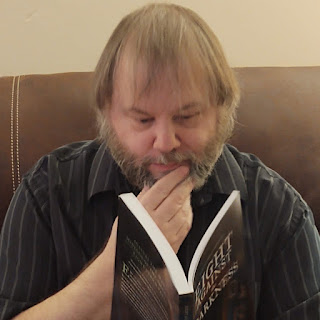 Mark Allen Vann is a writer I recently discovered. I figured in the spirit of "share and share alike" I should introduce him to you as well.

Currently I am in the process of finishing up the editing process for the sequel to my first Anthology, Eight Against The Darkness. This book is entitled The Fateful Eight and I hope to have it ready for release by late April or early May. Like my first book it will be made available through my own Xepico Press publishing label.

As far back as I can recall I was told that I had an over-active imagination and was told that I should write. I have dabbled in writing for many years, it just took this long to finally take it seriously enough to listen.

It is a mixture of everything I read or watch on television naturally, but also just wanting to share the strangeness that comes out of my head as well. More than one of my stories started out as a dream I had. Even some daily life circumstances have inspired or influenced my writing. 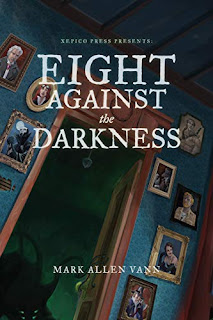 Perseverence and standing up for what you believe in are most prominent. The title of the first book, Eight Against The Darkness fairly well sums up what it’s all about. There are other themes in the mix, such as overcoming inner demons and past mistakes and the like as well.

Now that is a tough one. I would love to have free range for a classic Pulp team-up with carte blanche on characters I could use. Obviously with copyright laws that is impossible to do, but you did say dream project. In the more realistic avenue, doing a collaborative shared universe with some of my writing peers would be a fun project as well.

I guess I always refer to my Mount Rushmore of authors. HP Lovecraft, Edgar Rice Burroughs, Robert E Howard, Michael Moorcock and Jules Verne. More recently I would throw Agatha Christie in the mix as well. Of course, most of them come from a different era of writing and my style is really a bit more straight forward and while they are an inspiration to what I write, I don’t copy some of their dated philosophical way of thinking. 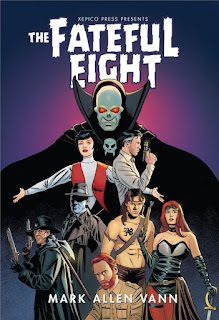 Well, I do not have a lot of work out yet, so I guess I would say that I would clean up a bit of the editing in Eight Against The Darkness. There are a few edits that I missed the first time around. I have tweaked my editing process a bit so hopefully there won’t be as many going forward. It’s a learning process.

While there is definitely a bit of science to writing, the stuff that was always drilled into you in writing classes, proper grammar and all that, I write fiction and therefore, feel that the story is the crucial part. I feel that what you have to say is more important than how you say it, so art is definitely king here. If you tell an enthralling story, people won’t care as much that you missed a comma here or there. Science makes me think of formulas and if your story is to formulaic, then you may as well read a textbook.

I have spent the last couple of months working on the editing of this book. It is a bit of a grind. Next book I will edit the stories as I go. I give editing zero stars. Not a fan.

They do help inspire me greatly. Seeing the progress some of my writer friends are doing helps me try to do better. Seeing their Facebook posts makes me want to write. They keep me on the path. 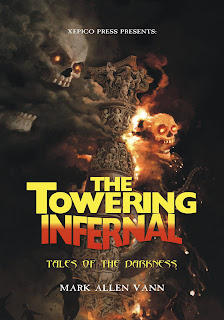 Now for future literary goals, it would be pretty cool to see a few of my characters in a graphic novel someday.

I am also working on a book entitled Saturn’s Child And Other Tales which I am hoping will be out by year end. Though it features different characters than the first two, it is tied into the same universe as my other stories. I am also working on writing stories for a couple of other publishers including Stormgate Press and Airship 27, so hopefully you will be seeing my name around a bit more often.

If you want to reach out to me, or see what is coming out through Xepico Press, you can send us a message at the Xepico Press Facebook page.