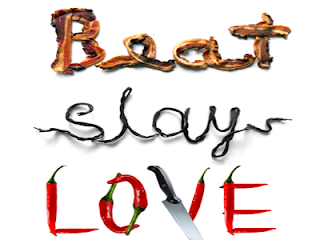 If you’re just starting out as a writer, you could do worse than strip your television’s electric plug-wire, wrap a spike around it, and then stick it back into the wall. See what blows, and how far. Just an idea.

Writing is not always that dangerous, though for journalists in various parts of the world it is, but it is a lonely business. Writing is counter-intuitive to the idea of the cooperative process. Even if you were copywriter in a busy office, envisioning yourself as a modern day Don Draper, mesmerizing the potential client with your ability at word pictures, selling them on how you’ll sell their doo-dad over martinis at lunch. But eventually you have to bang out the copy, then pass it around to others to get their notes, their edits, their rewrites, picked over, beat up, then handed back to you.

But we all still write alone. We are still the first and final judge on what we compose.

In the old days you stole time from your job and family to write at night or on the weekends to produce the Great American Novel or at least your version of that ideal. If you were a genre writer, maybe you were influenced by the likes of Mr. King who was once so broke that he was living in his car; yet still churning out his stories. Maybe devoted family man, Orrie Hitt, struck a chord as he cranked out his sleaze paperback titles like Naked Flesh and Man-Hungry Female sitting at his kitchen table 12-14 hours a day. Or you might have been inspired by the likes of Ray Bradbury, who wrote Fahrenheit 451 ––his classic sci-fi novel about censorship –– while renting the use of a typewriter in the basement of UCLA’s Powell Library for a dime each half hour. Total reported expense: $9.80.

All this before the internet, before Amazon, before the marriage between digital printing and a bindery machine. Before it all changed.